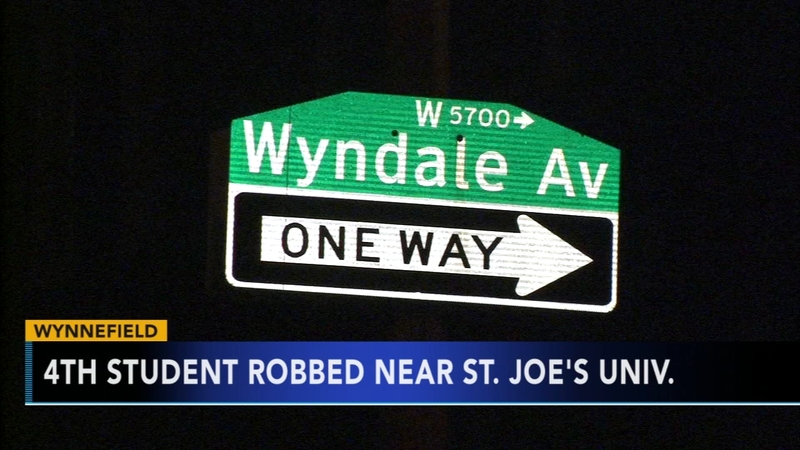 Another SJU student reports being robbed off campus

PHILADELPHIA (WPVI) -- Saint Joseph's University said another student has reported being the victim of an armed robbery off campus.

This is the latest in a string of armed robberies reported by students near the university.

In the most recent incident, a student said she was walking alone at 58th Street and Wyndale Avenue around 4 p.m. Tuesday when she was approached by two males who asked what was in her bag.

She said when she answered that books and her wallet were in the bag, the men asked for her wallet and told her they were armed.

Officials said the girl gave the men her wallet and then they ran away.

The first suspect was described as a black teenage male with a dark complexion, approximately 5'8 to 6' tall, and was wearing a grey hooded sweatshirt at the time of the incident. There is no description of the second suspect.

The university said it offers students a list of safety tips on its website for students to consider.