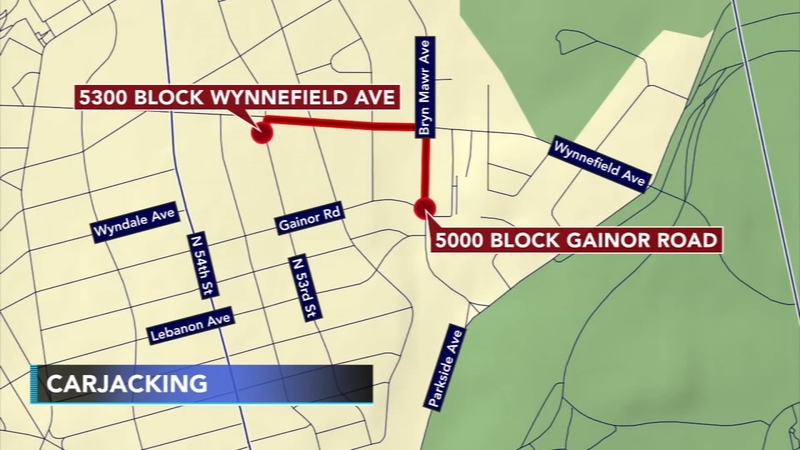 It happened around 8:30 p.m. as he was getting things together from his car, getting ready to go inside the house.

"He said the guys approached the car tapped on the window, and he saw they had weapons," said the victim's roommate Michael McDermott.

Police say the suspects got in the victim's car but made him drive around for almost 20 minutes.

Luckily, the student was able to escape at some point.

Detectives say they eventually found his car just a few blocks away in the 5000 block of Gainor Road.

But while they were all together the suspects were making demands. He said he had to call his friends for cash.

"They were giving him these commands at gunpoint. So we had two guys go out to give him money, but they saw the guys in the car so they ran back inside and called the police," said McDermott.

It turns out the suspects only took the victim's cell phone.

"It's disturbing because this is a relatively safe area," said Andrew Baier, SJU student.

McDermott says his friend is holding up well and that they went to lunch together. This weekend he plans to head out of town to spend time with family.

St. Joseph's University has released a statement regarding the incident(s) that reads:

In the past two weeks, a handful of Saint Joseph's University students have been the victims of off-campus, armed robberies on three occasions (January 10, 13 and 23). Police officials have indicated that recent cell phone robberies are part of a larger trend impacting other areas of the city as well. A fourth event, occurring in Roxborough, was reported but quickly resulted in property recovery and arrest of perpetrators, not matching the details of the other events.

Saint Joseph's University is working closely with the Philadelphia Police Department to investigate and increase patrols.

Saint Joseph's University students and employees are encouraged to call Public Safety at 610-660-1111 if they have more information about these or other events.