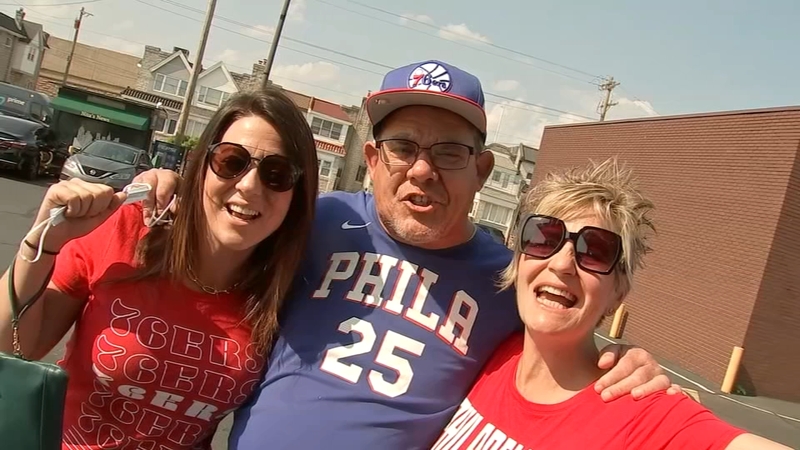 PHILADELPHIA (WPVI) -- After a tough year due to the COVID-19 pandemic, the 76ers' playoff run has brought a big boost to some Philadelphia businesses.

"Sixers bringing in a whole lot of business for us and it's great," said Ben Andersen, the general manager of the Urban Saloon.

Anderson said the business was packed on Friday for Game 6, and he's hoping it will be filled again for Game 7.

"Usually Sunday night people are coming back from the shore, and maybe they just want to take it easy. But for a Sixers Game 7 on a Sunday night, it's going to be bumping," said Andersen.

His restaurant, like many in the city, struggled financially during the pandemic. He said people are making it a point to stay in Philadelphia to watch the Sixers game.

Retail has also been benefitting from the Sixers advancing in the NBA playoffs. The manager of Shibe Vintage Sports in Center City said sales have been great this weekend.

"Business has been great today and all weekend really. A lot of the excited Sixers fans have been coming in looking for any type of Sixers gear. Game 7s are always very special, and we're lucky enough to have one on our home floor," said Darren Nowicki, the manager of Shibe Vintage Sports.

Many people in the store said they made it a point to come and look for new Sixers gear for Sunday night's game.

"We are looking for Sixers gear, don't have a ton of it, but they're doing really well," said Casey Baum of North Philadelphia.