Officials say a male suspect has been taken into custody.
WPVI
By 6abc Digital Staff 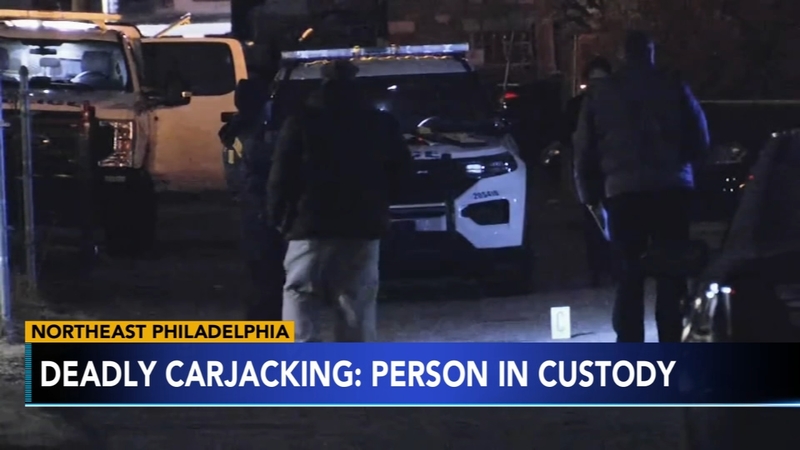 PHILADELPHIA (WPVI) -- A suspect has been arrested in the deadly carjacking of a man who was leaving his mother's home in Northeast Philadelphia earlier this month.

Police were called for reports of a person with a gun.

Arriving officers located an unresponsive male victim, later identified as 60-year-old George Briscella from the 1800 block of Lansing Street. He had been shot in the abdomen and back.

Police say the suspect fired three shots at Briscella as he was getting into his car outside his mother's home.

Briscella was taken to Jefferson Torresdale Hospital where he was later pronounced dead.

He leaves behind a wife and four children.

On Sunday, Feb. 21, police announced a male suspect had been taken into custody.

However, no further details were released.

This investigation is active and ongoing, police say.