Police say the suspect fired three shots at a 60-year-old man as the victim was getting into his car.
WPVI
By 6abc Digital Staff and Katie Katro 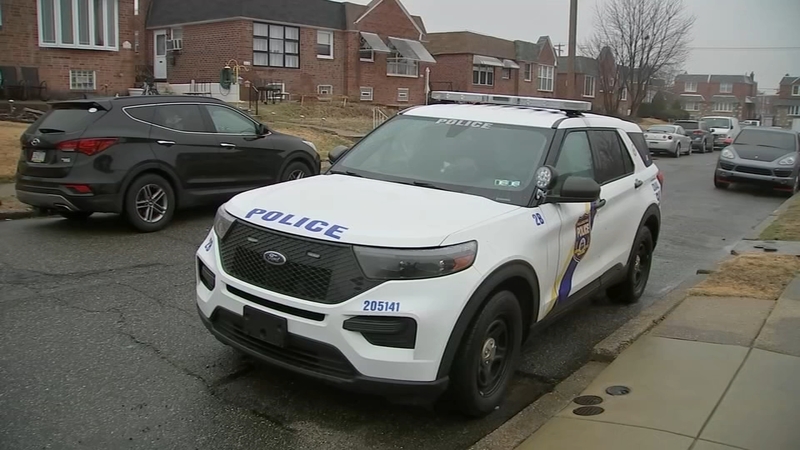 PHILADELPHIA (WPVI) -- Philadelphia police are searching for a suspect involved in a deadly carjacking.

It happened just after 8 p.m. Sunday on the 2100 block of Afton Street in Northeast Philadelphia.

Police say the suspect fired three shots at 60-year-old George Briscella as he was getting into his car outside his mother's home.

Briscella collapsed after being shot in the abdomen. Police say the suspect then fled in his vehicle.

"We were watching a movie and I thought I heard four bangs. It was three, and then about five seconds later one to follow," said Trevor Hickey, who lives nearby.

Briscella was taken to Jefferson Torresdale Hospital where he was pronounced dead.

He leaves behind a wife and four children.

Carjackings are on the rise nationwide and in Philadelphia. On Saturday night, four men got away after police say they carjacked a woman in Old City.

Philadelphia police say the woman was driving her Land Rover on 4th Street near Arch when the men got out of a vehicle, pointed guns at her and demanded she get out of her SUV.

In another incident late last year, Temple University student Samuel Collington was shot and killed during a carjacking after returning home from Thanksgiving break to his off-campus apartment. Seventeen-year-old Latif Williams surrendered to police.

"These are individuals, they are human beings, they're family members whose loss affects many, many people around them," Philadelphia Police Commissioner Danielle Outlaw said.

Officials say they are working to stop the carjackings.

"We believe there are a relatively small number of individuals that are responsible for a vast number of these carjackings. Once we start to identify the individuals, take them off of the street, get them behind bars, we will see some significant, positive result and the carjackings will go down," Philadelphia Police Deputy Commissioner Ben Naish said.