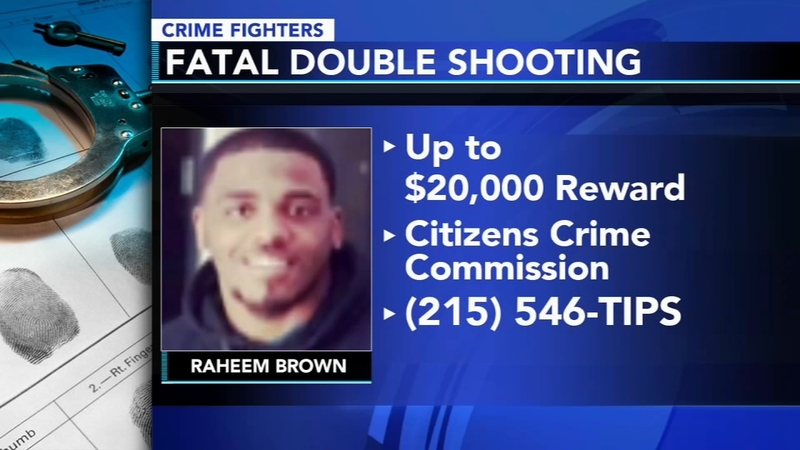 PHILADELPHIA (WPVI) -- An arrest warrant has been issued for a man police believe is connected to a double homicide.

Now one family is asking you for help in finding their loved one's killer.

Unveiling a picture of the victim," Raheem was this smile, it says it all. You know he was like an angel sent from Heaven. He was like our protector," said his sister Talaya Shaw.

A small group of Raheem Brown's family gathered at the Citizens Crime Commission's office to talk about the late 28-year-old.

"He was that one person that you know even if you are having a bad day, he just expressed how his love was. I love you, I love you if not through a phone call, a text, a Facebook," said Tamika Shaw, Raheem's sister.

On Sunday, July 8, Brown and his fiancé were in the area of the 5500 block of Elmwood Avenue in Philadelphia's Elmwood section.

Just before 2:30 a.m., police were called for gunshots fired.

When the police arrived they found the couple suffering from multiple gunshot wounds.

Both were pronounced dead at the hospital.

An arrest warrant has been issued for 22-year-old Richard Roane in connection with these murders.

He has multiple tattoos on his neck and arms.