Victim identified after Somerton collision sends car into pole, splits in half Victim identified in deadly Somerton crash where car split in half

PHILADELPHIA (WPVI) -- One person was killed after a collision sent a car into a pole, splitting the vehicle in half, in the Somerton section of Philadelphia.

The victim has been identified as 44-year-old Jose Moses Sadler of Somerton.

The initial collision happened around 5:55 a.m. Thursday near the Eastcoast gas station at the intersection of Bustleton Avenue and Byberry Road.

Police say Sadler was driving a Chevy Monte Carlo SS at a high rate of speed northbound on Bustleton Avenue when the driver of a Chevy Silverado pickup truck was traveling southbound and attempted to turn onto Byberry Road.

Sadler's vehicle collided with the front end of the pickup truck.

The impact sent the Monte Carlo into a pole, splitting the vehicle in half.

At first, police believed there were three vehicles involved, but it turned out to be a portion of Sadler's car that split. 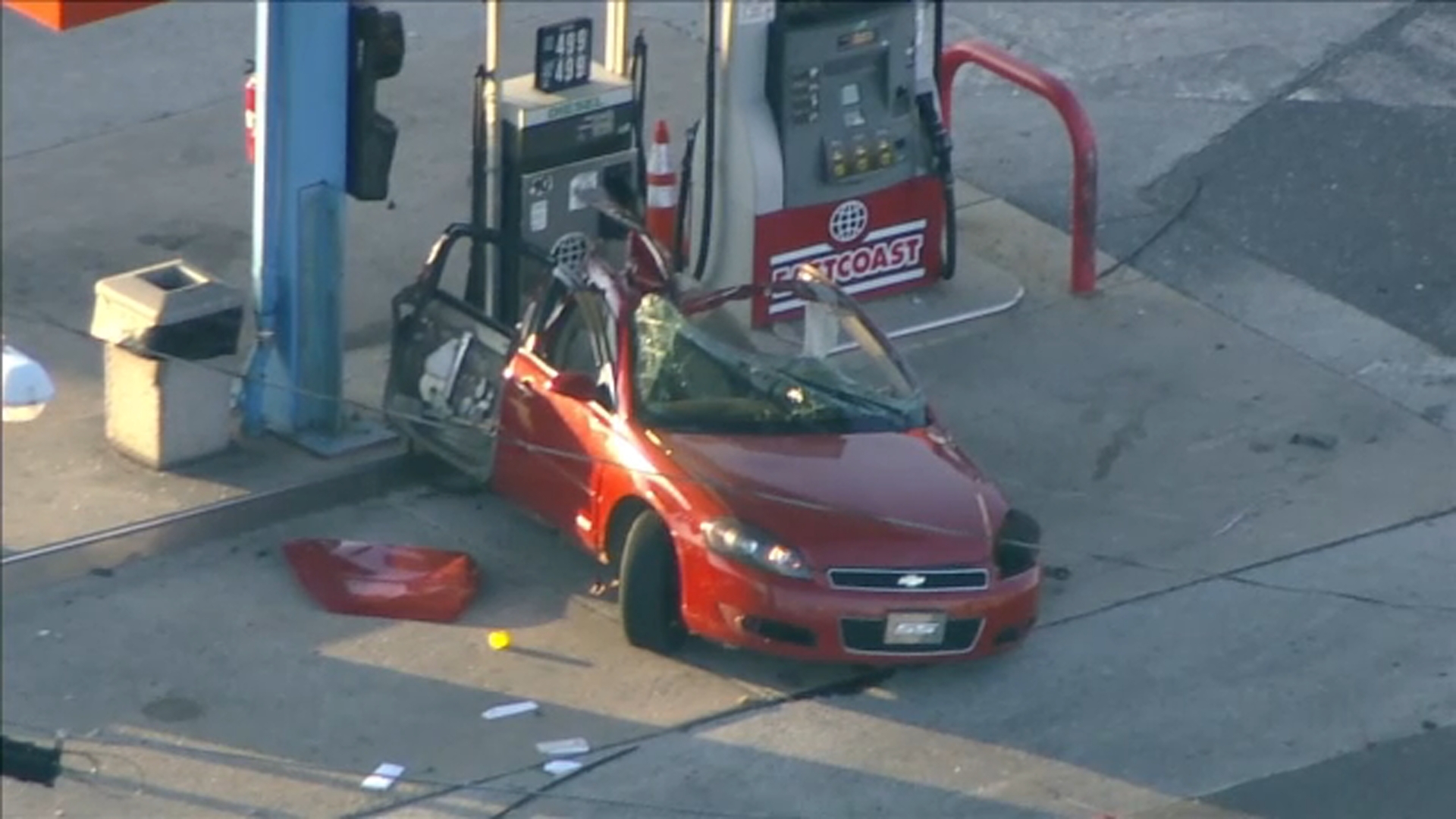 Chopper 6 over the scene showed one-half of the destroyed vehicle at the gas station and the rest found around the pole. 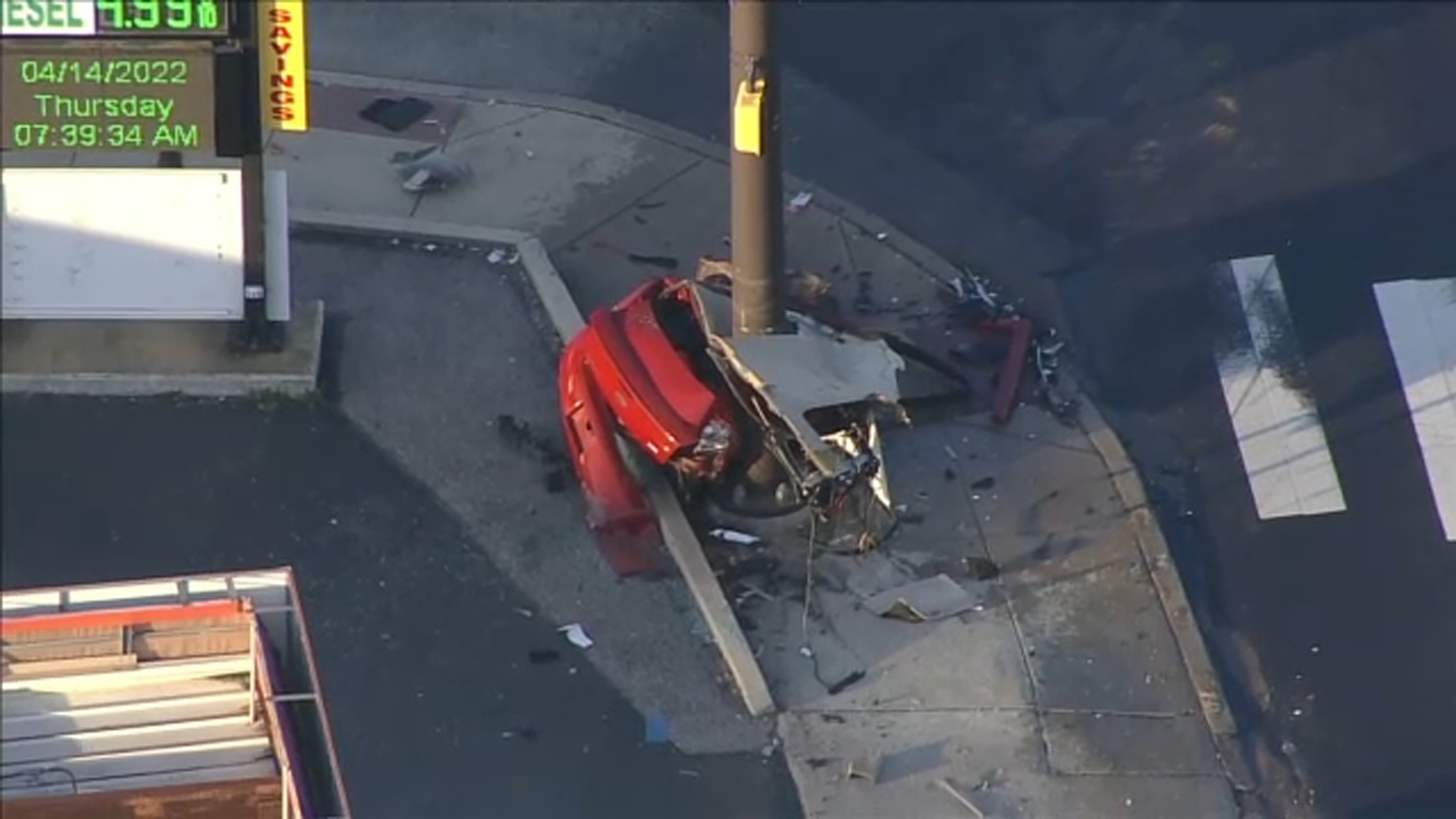 Authorities say Sadler was taken to Jefferson Torresdale Hospital where he was pronounced dead.

The driver of the Silverado pickup was not injured. 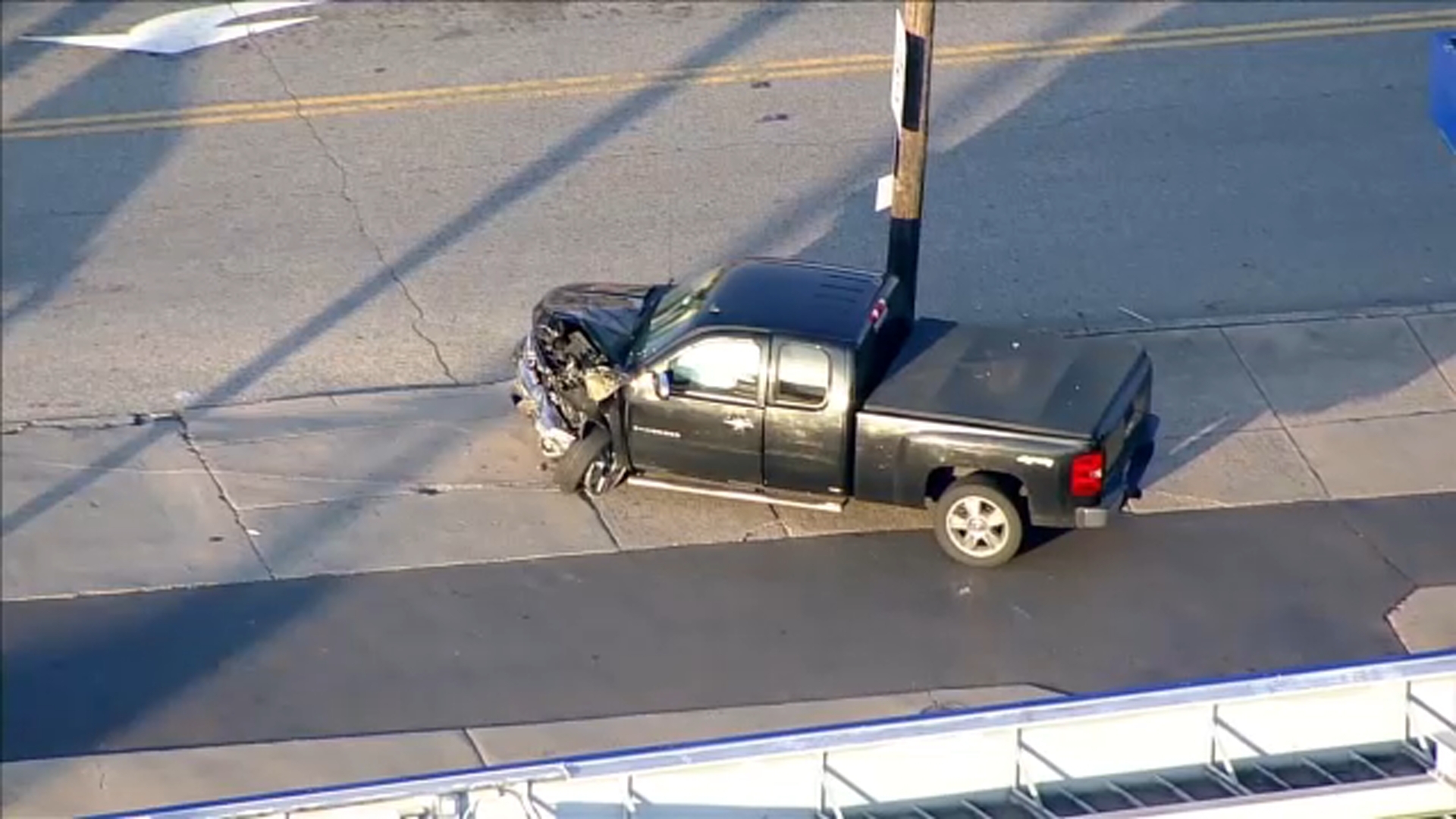