The city breaks down the numbers of the Eagles Parade 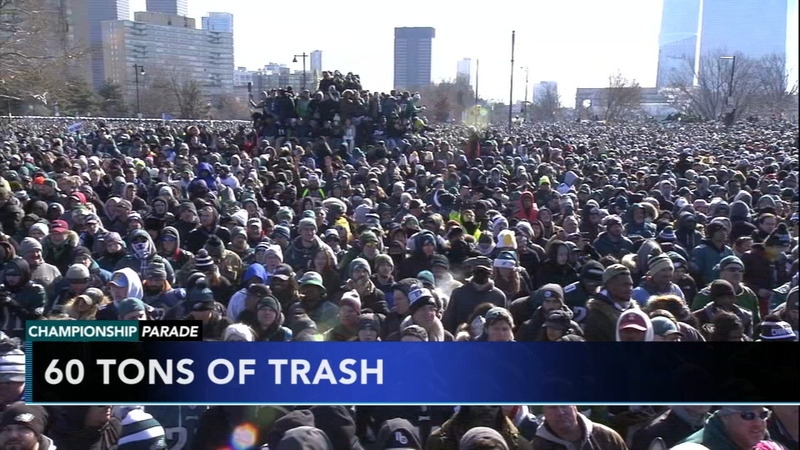 The city breaks down the numbers of the Eagles Parade

PHILADELPHIA (WPVI) -- The city of Philadelphia is still recovering from the Eagles Super Bowl Parade, and what officials believe was the biggest crowd ever assembled for an event in the city.

City leaders did not have any estimates as to crowd size for the parade, and they say they are skeptical of a report published Friday that had the number 700,000 based on pictures.

The city said nearly 60 tons of trash has been collected post-parade.

They say that was the most trash collected after a major event.

SEPTA has also released its preliminary figures, estimating some 395,000 rides on the Broad Street Line and Market-Frankford Line, and another 65,000 to 80,000 on Regional Rail.