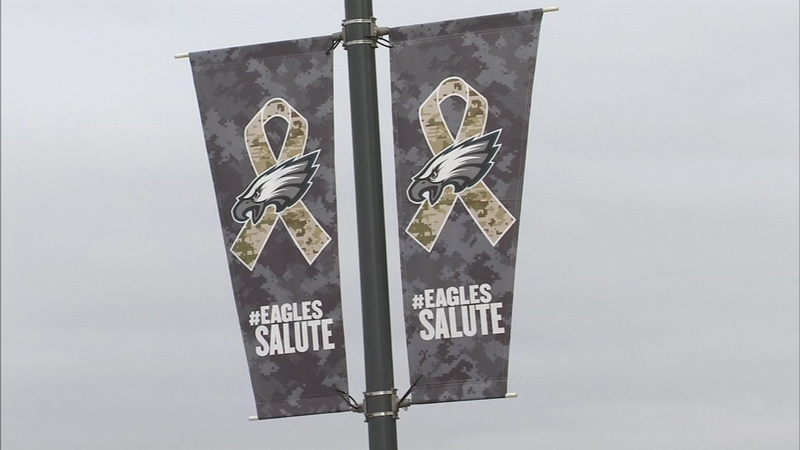 PHILADELPHIA (WPVI) -- Even before kickoff, Lincoln Financial Field was already buzzing with excitement.

The Philadelphia Eagles organization, along with Toyota, hosted a "Salute to Service" for our veterans on Sunday.

Vets were welcomed to the Linc for a job fair. The effort: to help our service members overcome challenges when re-entering the workforce.

"One of the challenges is translating their skills and experiences into civilian workforce lingo. One of the ways they are overcoming that is Toyota's work with hiring our heroes in developing their resume engine and career spark," said Ryan Pitts with Toyota.

Outside in the parking lot, the excitement was building as the Eagles faced off against the Patriots.

"Everybody here hates the Pats and it's gotten to the point that I hate them more than the Cowboys," said Lauren Tsipori of West Philadelphia.

Rob Holliday of Northeast Philadelphia was optimistic heading into the game.

"Their defense is good, but our offense is going to dig out and we're going to come through!"

When asked about injures stacked up against the Eagles, he said, "We've got a lot of new guys back. My boy Jay Ajayi is back, Matthews is back, I think we're ready."

Others are faltering on their allegiance, like Steve Tobia who bet against the Birds.