"I'm not doing well at all...we are human beings just like everybody else," said Captain Derek Bowmer.
WPVI
By Bryanna Gallagher 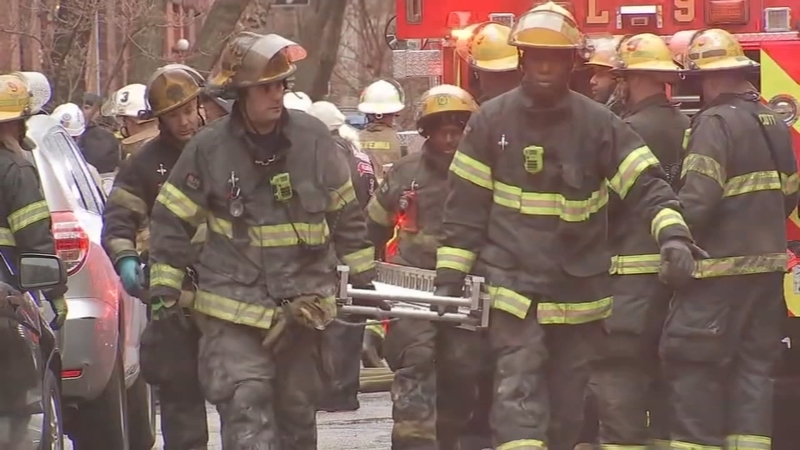 PHILADELPHIA (WPVI) -- It's been an incredibly difficult day for Philadelphia and for firefighters who responded to a deadly duplex fire on Wednesday morning.

"I'm not doing well at all. I mean personally, I have a job to do, this is what we do, but we are human beings just like everybody else," said Captain Derek Bowmer, the executive chief of the Philadelphia Fire Department.

A tragic day for so many, including those first on scene who respond and work to protect the community. @6abc https://t.co/Bloi4c46HY pic.twitter.com/mN0JhVXE6D

Fire officials said eight children are among at least 12 dead after a house fire erupted in the Fairmount section of the city on Wednesday morning, the deadliest fire in the city in more than a century.

Bowmer and all of the first responders on scene know what they signed up for -- to make saves, he said, and to put the fire out. First responders are there to help and when they can't, the tragedy takes a toll on them.

Neighbors from Fairmount and were huddled together closely on the streets in silence thinking about the piece of the community that's now missing.

He said he has all the respect in the world for the firefighters and first responders on scene.

The loss doesn't end today, including for first responders. Bowmer said he's going to make sure their partnerships are ready to help anyone who needs it.