"This was a difficult decision but one we thought was necessary," said Flyers GM Chuck Fletcher.
ESPN 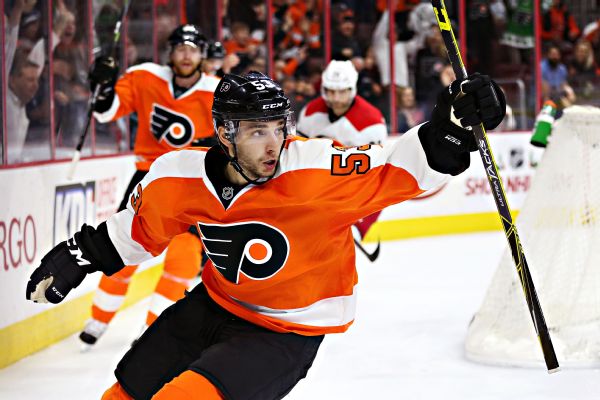 PHILADELPHIA -- The Philadelphia Flyers traded defenseman Shayne Gostisbehere and two draft picks to the Arizona Coyotes and received nothing in return.

The Flyers sent a second-round pick in 2022 and a seventh-round pick in the 2022 NHL draft, previously acquired from the Montreal Canadiens, to the Coyotes on Thursday.

Once considered a top offensive defenseman in the NHL, Gostisbehere had seen his production steadily decrease in the last three seasons. He has 219 points in 381 games, but only 46 of those points were tallied from 2018 to '21. Gostisbehere, 28, who was a third-round pick by the Flyers in 2012, was recently left exposed in the Seattle expansion draft.

"This was a difficult decision but one we thought was necessary given the reality of the salary cap," Flyers general manager Chuck Fletcher said in a statement. "Shayne has been a quality player for this organization since the moment he arrived in Philadelphia and has been a part of many special moments in his seven seasons as a Flyer."

In both cases, the Coyotes acquired a bounty of draft picks while taking on a contract teams wanted off of their salary caps. Ladd has two years left on his contract, with a $5.5 million cap hit if he plays in the NHL. Gostisbehere has a $4.5 million cap hit for the next two seasons.

"Because of our cap, we can take in some money for decent players," general manager Bill Armstrong said after the Ladd trade. "They're still good NHL players, but at the same time we can accumulate picks. That's a strength that we have right now, and we have to take advantage of that."

The Coyotes have 12 players under contract for next season, with more than $24 million in open cap space.