The woman who was shot is hospitalized in critical condition.
WPVI 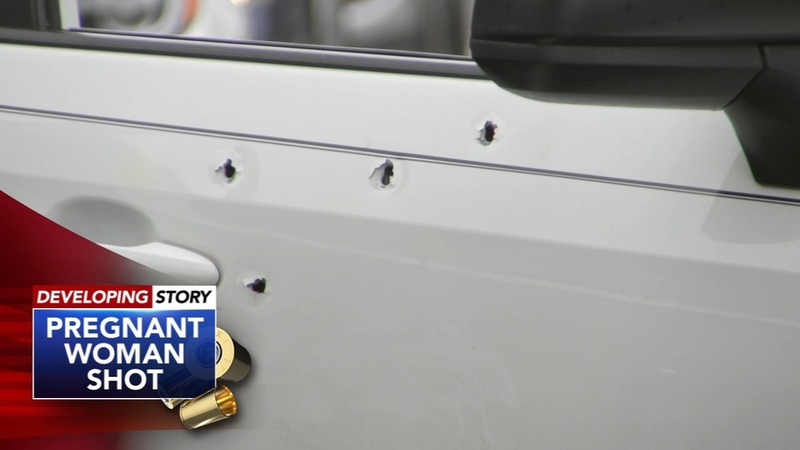 PHILADELPHIA (WPVI) -- A man and a pregnant woman are in the hospital after they were wounded in a double shooting late Friday morning in West Philadelphia.

Police say it appears the victims were traveling westbound on Market Street when they were shot by someone standing on the sidewalk at 46th Street.

#BREAKING Officials say a pregnant woman has been rushed to the hospital after a double shooting at 46 & Market. @6abc

She’s two months pregnant and in critical condition. The second victim, a male, is stable. Police say a motive is unclear & the suspect is still out there. pic.twitter.com/IZO06R3ytR

The driver sped away, police said, and officers spotted their car at 52nd and Market.

There was a brief pursuit and the car stopped at 43rd and Spruce. Police say it appears the occupants were trying to get to the hospital.

Inside the car police found a 19-year-old pregnant woman shot in the chest and her left hip, and a 20-year-old man shot in his left arm.

Police are looking for answers after a double shooting sends a pregnant teen & a 21-year-old man to Penn Presbyterian. @6abc

We spoke with the mom of the male victim, she rushed to the hospital after her son called & said they were shot. She says the teen is in surgery. pic.twitter.com/fEEGxQR8XQ

"We're hopeful Penn Presbyterian can work their miracles as they always do and that pen can keep this baby's life vital and keep it moving forward," said Captain John Walker.

The woman, who police say is two months pregnant, was rushed to Penn Presbyterian Medical Center where she is in critical condition.

The man was taken to the same hospital where he's in stable condition.

The mother of the 21-year-old spoke with Action News, saying her son called her right after they were shot and told her he was going to the hospital.

She said she dropped everything and rushed over.

We're told the mother of the 19-year-old is inside the hospital with her daughter who is in surgery.

It wasn't immediately clear who was driving the car.