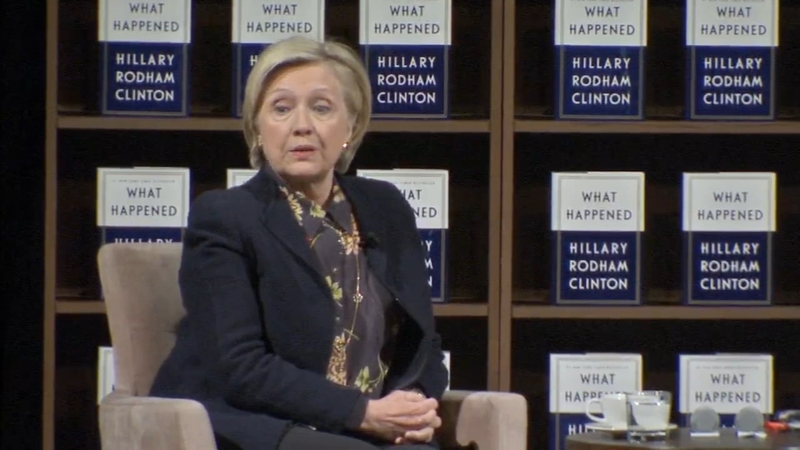 PHILADELPHIA (WPVI) -- Officials said it was a sold out crowd of about 2700 people at the Academy of Music Thursday night.

An enthusiastic audience came to hear Hillary Clinton talk about her new memoir, called "What Happened."

The discussion was moderated by best-selling author and Philadelphia resident Jennifer Weiner.

This was just one stop on Clinton's North American book tour - promoting her book that gives her perspective on the 2016 election.

She also said she wrote her book to inspire more women to run for office, saying the only way to get sexism out of politics is to get more women into politics.

Clinton opened by remembering when she was officially nominated to be the democratic candidate for president at the DNC here in Philadelphia, and when she held a campaign rally on Independence Mall on the eve of the election.

"It was just amazing at Independence Hall. It was so positive and energy filled," said Clinton. "And I can tell you I'm still proud of the campaign we ran and the 65 million Americans that supported it."

This event was ticketed, with VIP meet and greets with Clinton before she took the stage going for up to $600.

People we spoke with said they were inspired by what she had to say, and wished she spoke as candidly on the campaign trail.