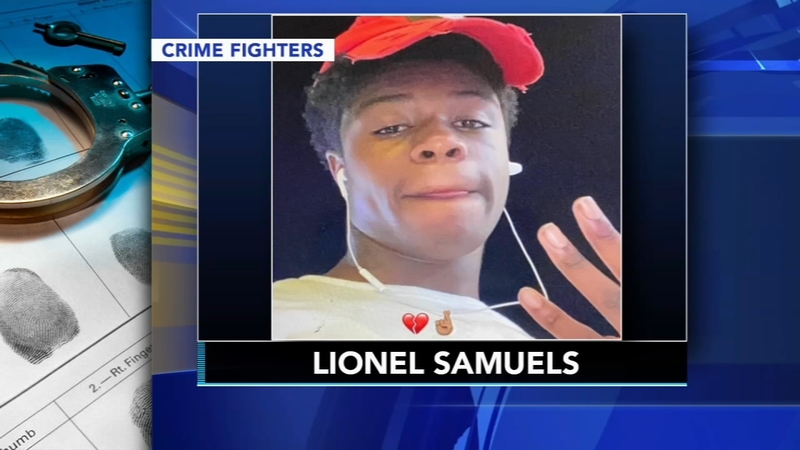 PHILADELPHIA (WPVI) -- Officials are asking for your help in solving the murder of a teenager in Philadelphia's East Mount Airy section. The Citizens Crime Commission explains how without revealing your identity.

On Wednesday, August 18, 2021, police said a witness saw a struggle happening in the courtyard of the Simon Garden Apartments in Philadelphia's East Mount Airy section.

"Approximately 8:55 p.m. 14th district police officers responded to a call of a person with a gun on the 6700 block of Musgraves Street," said Santo Montecalvo of the Citizens Crime Commission.

When they arrived they found 18-year-old Lionel Samuels suffering from a gunshot wound to the face.

Officials said the witness told them the suspect was dressed all in black and wearing a black surgical mask. They fled the scene heading southbound on Musgraves Street then eastbound on Phil Ellena Street.

Police found a second victim unconscious just over 100 feet from the crime scene in the 200 block of East Slocum Street, that male was not shot but sent to the hospital for a head injury.

"The City of Philadelphia is offering up to $20,000 for information that leads to the arrest and conviction of the person or persons who committed this act," said Montecalvo.