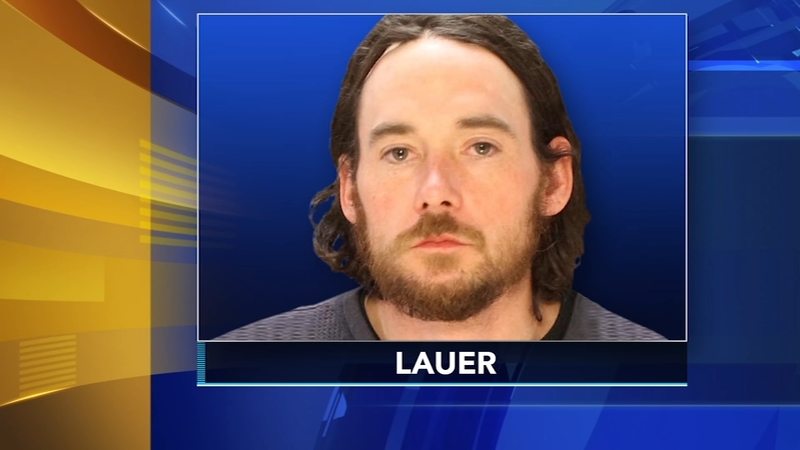 MAYFAIR (WPVI) -- Police have charged a Mayfair man in connection with a hit-and-run accident that occurred on Tuesday night.

Zachary Lauer, 31, of the 3200 block of Princeton Avenue, was charged with aggravated assault, aggravated assault while driving under the influence, reckless endangering the welfare of children and other offenses Wednesday after allegedly jumping a curb with his car and plowing into a family taking a walk.

The incident happened around 6:50 p.m. Tuesday night at the intersection of Tyson and Rowland avenues.

Police said a 3-year-old girl was walking with her mother and a sibling when Lauer's white Toyota jumped the curb. According to investigators, after striking the family the car then came to rest on the lawn of a home, with the 3-year-old girl pinned underneath. They said Lauer then jumped out and ran away from the scene of the accident.

Police said six civilians managed to free the girl. She was taken to Jefferson Torresdale Hospital in critical condition, with burns to her body.

Joe Leone said he was on his way to 7-Eleven last night, when he first heard the screams that he felt compelled to run toward.

Moments later he found their source, a sight that 24 hours later he says still lingers heavily.

"I just can't get that picture out of my head," said Leone.

Three-year-old Violet Crosby lay stuck beneath a car that had run her over seconds earlier, as she rode in a wagon with her sister pulled by their mom.

"She was halfway under the car. We just wanted to get her out. With all the adrenaline we had, me and five other people with all our power just lifted the car, moved the car that was into the fence," he said.

Violet's mother and other sibling were also transported to Jefferson Torresdale Hospital. They were both listed in stable condition with minor scrapes and pains.

Investigators said drug paraphernalia was found in Lauer's the car.

AID continues to investigate the accident.