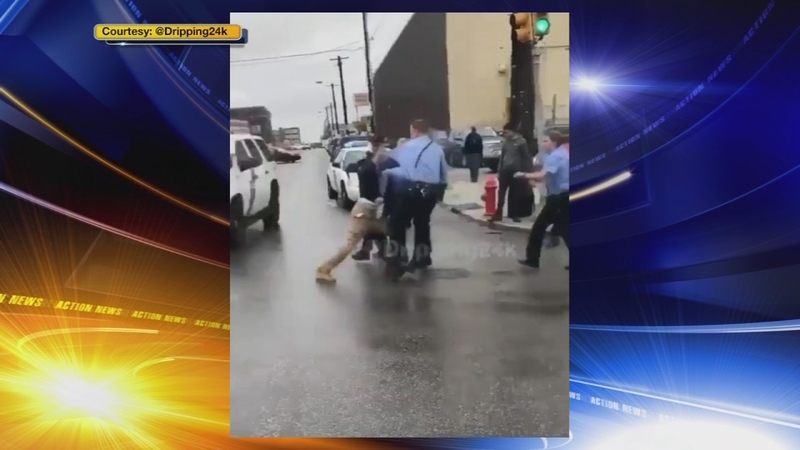 JUNIATA PARK (WPVI) -- Three students are under arrest and one police officer is injured after a large group gathered near a SEPTA station in the Juniata Park section of Philadelphia.

It happened around 3:30 p.m. Monday near Erie and Torresdale avenues.

Philadelphia police called in extra officers to assist breaking up the group.

Action News is told students from three area schools were involved in the incident.

SEPTA officials say there was a social media post calling for the large group to gather at the Erie/Torresdale Station on the Market-Frankford Line.

Police were able to stop the apparent flash mob from impacting service.

"Some got off of the El, came down here, and were fighting with some of the students who were trying to get up onto the El. They had a fight out here. There was an officer who got injured in the melee. There were two juveniles arrested for that. There was another fight around the corner. Another juvenile was arrested for that," Philadelphia Police Inspector Ray Convery said.

Action News is told the hospitalized officer injured his rib after he was knocked down by students.

In the second fight, police say students actually stole an officer's baton; the officer was able to get it back.

3 arrested, officer injured in fight near Philadelphia train station. Annie McCormick reports during Action News at 5 p.m. on May 22, 2017.