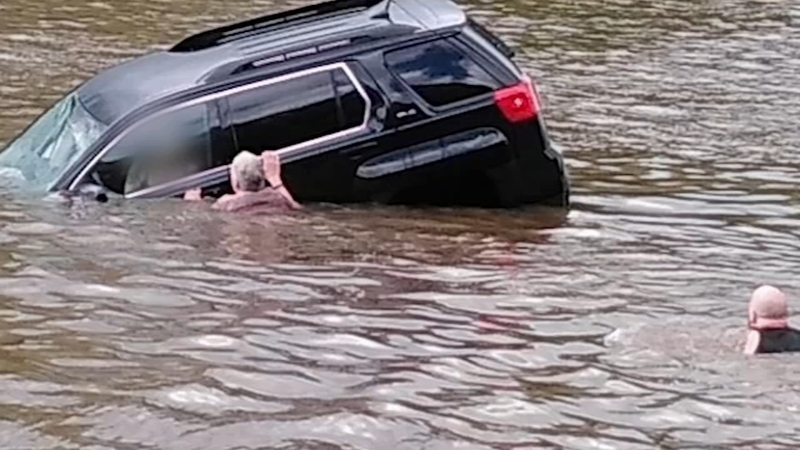 When they arrived, the vehicle was already in the water.

Witnesses said some people along the river jumped into the water and helped rescue the woman.

Joseph Wentzell and two other good Samaritans desperately tried to rescue a panicked woman trapped inside the sinking vehicle.

"I didn't think it would be such a struggle," said Wentzell. "It didn't seem far. I could swim there easily, but then I couldn't open the doors." 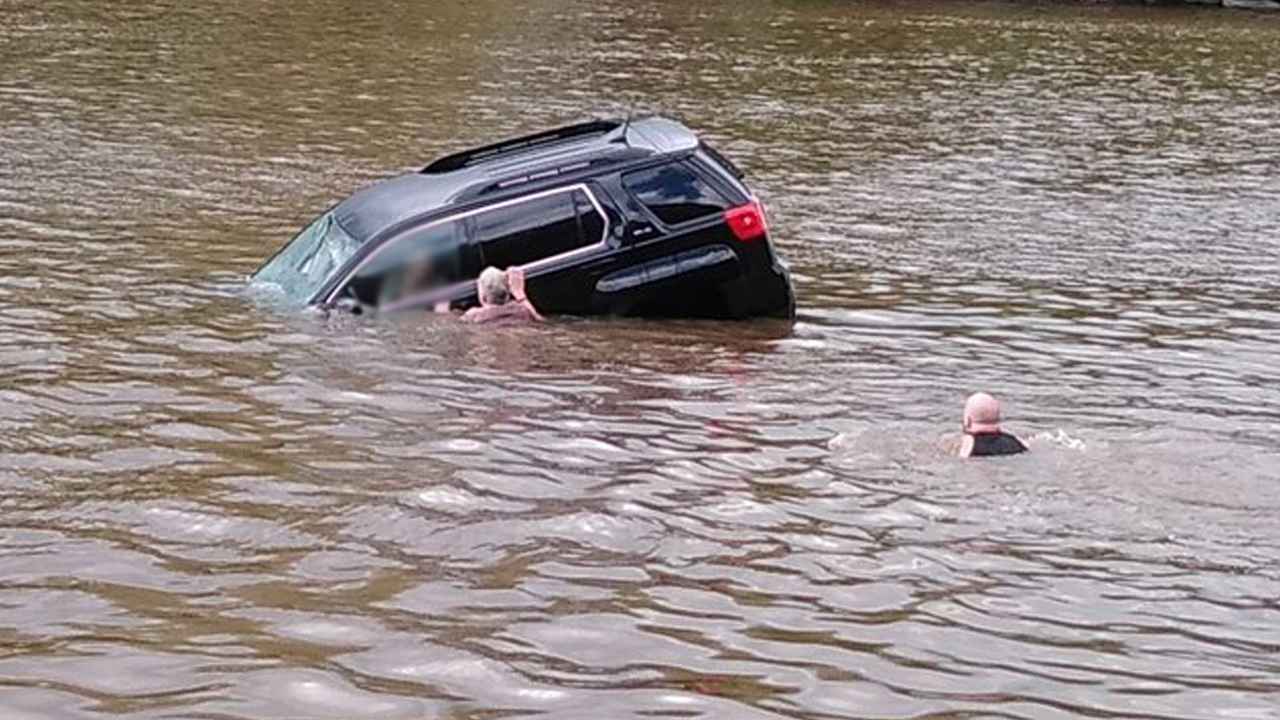 Jasmine didn't want to give her last name, but could see the driver in the front seat. She watched from the river banks in horror as the car began to sink into the Schuylkill.

"She was on her phone, she wasn't worried until she started sinking and then people started going in to save her," she said.

Wentzell said, "I didn't want to open the front door because it was already going under water. I yelled to the woman to climb to the back. I tried to open the back, but everything was locked and couldn't be undone. I banged on the window with my hands, but couldn't break it. Another man was swimming, and couldn't break (the window), and a third man jumped in with a tire iron."

A dragon boat rowing by scooped up the female driver and the good Samaritans and took them to the shore line.

"And literally as soon as she got out, the car went under!" said Wentzell.

Two good Samaritans jumped into action when witnesses tell Action News a woman intentionally drove her SUV into the Schuylkill River on Sunday.

Police have not said if this was accidental or intentional, but witnesses said the driver deliberately drove into the water at the other end of the parking lot.

She was taken to an area hospital for evaluation.

"It's what anyone would do, you know really. I think that at first you think someone is going to come. That police and fire are going to come, and they weren't there and the car was obviously starting to sink.I just reacted," he said.
Report a correction or typo
Related topics:
philadelphia newsschuylkill riverrescueaccident
Copyright © 2022 WPVI-TV. All Rights Reserved.
TOP STORIES
DA: Person shot, killed by officer after struggle in Malvern, Pa.
Philly contestant on 4-game Jeopardy! winning streak
CDC advisory panel greenlights booster shots for children ages 5 to 11
FTC warning: Baby formula scammers are preying on parents
Less than 10,000 GOP votes left to count in Pa. Senate primary
Delaware AG now investigating condemned Wilmington apartment complex
Central High School student honored with Civilian Bravery Award
Show More
What is monkeypox? What to know after US confirms 1st 2022 case
South Jersey man returning home after walking the world
Rihanna and A$AP Rocky welcome their first child
Eagles have a loaded roster, but will QB hold them back?
Delco bus driver accused of taking upskirt photos of students
More TOP STORIES News