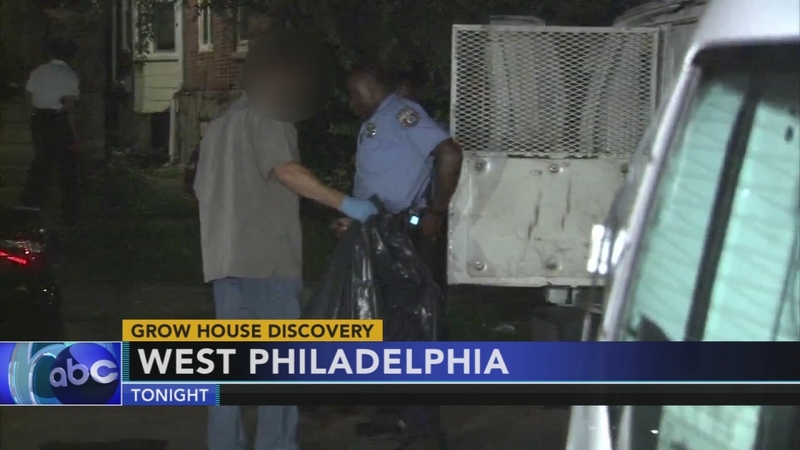 Fire crews were called to the 4800 block of Cedar Avenue just after 3 p.m. Monday for a report of strange fumes.

When crews arrived, they discovered a large number of marijuana plants and growing equipment inside.

Homeland Security and the Narcotics Division were notified.

Police say it was an elaborate growing operation hiding in plain sight.

"There was everything from seedlings to full grown plants. Some packaged already, some not packaged. We know this is a fully run operation," Philadelphia Police Lt. John Walker said.

Police say there was a maze of electrical cords running through the 3,000 square foot home, with four floors of illegal drugs growing, all to be packaged and distributed on site.

"One spark could take this whole block down," Walker said.

Neighbor Abby Schottensfels said she is not shocked to hear about this.

It's not immediately evident how long the man living in the home was in operation, and whether his neighbors were aware of his illegal activities.

But police say they believe this was a one man operation.

They say neighbors have never called to complain about this man.

"I'm very surprised. We've never had anything like that on this block at all," said neighbor Denise who did not want to give her last name.

The man has not been named, faces a variety of charges including reckless endangerment and narcotics.