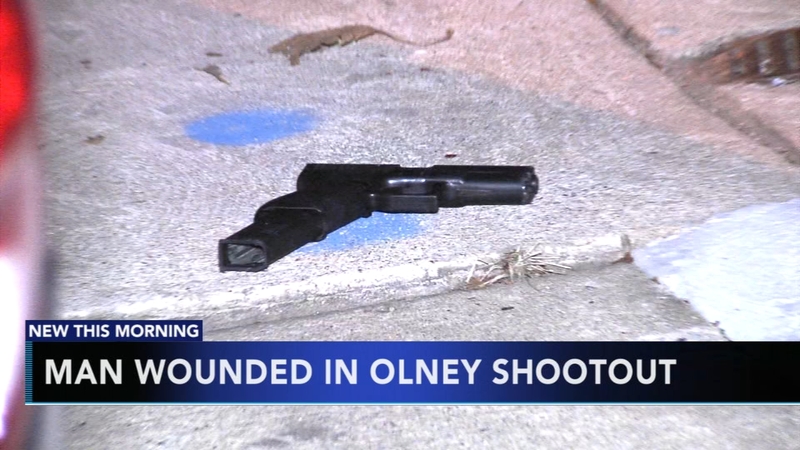 OLNEY (WPVI) -- A gunfight in the Olney section of Philadelphia has wounded a 31-year-old man.

The Action Cam was at the scene on the 5900 block of North 5th Street.

Police say two men got into an argument around 2:45 a.m. Sunday, then pulled guns and started shooting at each other.

Officers found a handgun at a scene that stretched for two blocks.

The wounded man was taken to Einstein Medical Center, where he's in stable condition.

Police found bullet holes in several parked cars, and shell casings and live rounds of ammunition on the street.

There's no word on arrests.