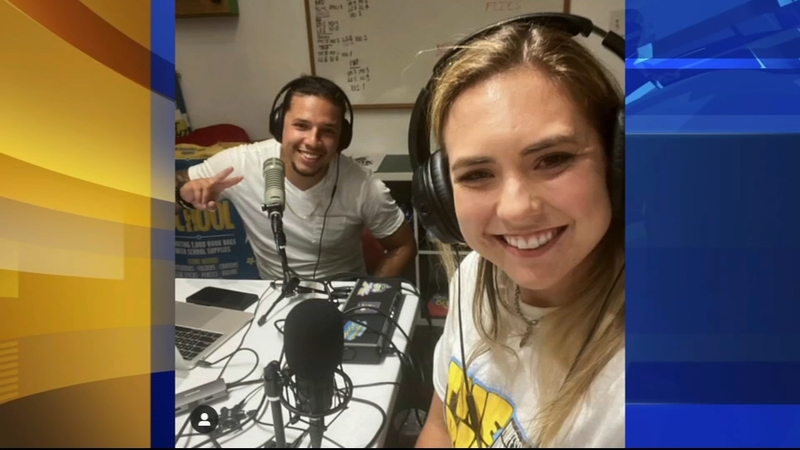 PHILADELPHIA (WPVI) -- A Philadelphia man is shining a light on the community by using his podcast to showcase those making a positive impact.

Jonathan Rosario, a man born and raised in North Philadelphia, joined the United States Marine Corps when he was 19 years old. It took him out of the area, but he still credits Philly for who he is today.

"It's shaped me the way where I think it's made me persistent, it's made me kind of Philly tough. You got that grit when you go through life, especially in the Marine Corps, you kind of need that," he said. "Anybody who grew up in Philly, especially North Philly, you know it's a hard place, you hear a lot of the things going on."

He noticed that a lot of those "hard things" ended up on the news, constantly flooding people with negative stories. He decided to change that by starting his own podcast called "Limelight Highlight," which showcases people who take neighborhood problems and find ways to fix them.

"We don't wanna live in a La La Land world where it's like nothing negative is going on. We highlight some negative things and we highlight the people who are trying to correct those negativities," says Rosario.

For example, he recently interviewed people from the organization, "The Block Gives Back," a nonprofit set out to help Philadelphia street by street by offering cleanups and free meals to those who need it.

"Why not highlight the people coming up with those solutions? If you have bad news always coming at you, you feel like nothing is good in the world and you just kind of amplify that negativity. But if you see that there's positive people out there doing positive things, it gives you a ray of sunshine or a ray of hope," says Rosario.

You can find Jonathan's weekly dose of positivity every Tuesday using your favorite podcast streaming service.