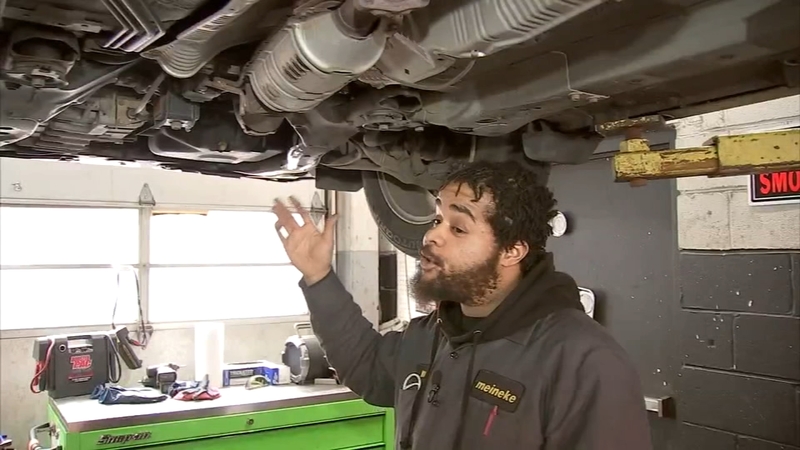 PHILADELPHIA (WPVI) -- Philadelphia police are warning car owners about an uptick in stolen catalytic converters throughout the area.

"A lot of times you've already started the car you're up a few blocks and you're like boy, the car is making a whole lot of noise," said Philadelphia Police Staff Inspector Sekou Kinebrew.

Ora Lambright had her first catalytic converter stolen on Christmas Eve, which cost her about $2,400.

Police say they can be installed for less than what it costs to replace.

"I live in the city, things happen," said Lambright. "That's what I thought. I was mad but that's city living."

Lambright said she couldn't believe it when she saw thieves at it again on Monday.

"Rage," said Lambright. "So, I saw them right there, right out of my bedroom window with a saw."

Lambright reviewed security camera footage and caught two thieves trying to take apart her Toyota Prius. She screamed out her window, which scared them off, but she expects them to target her again.

"I have to look out of the window...my peace is disturbed right now with the second attempt," said Lambright.

Thieves sell the catalytic converters for the precious metals inside.

"I feel like it could be a deterrent but as far as stopping, I don't feel like it would stop anyone," said Batchelor.