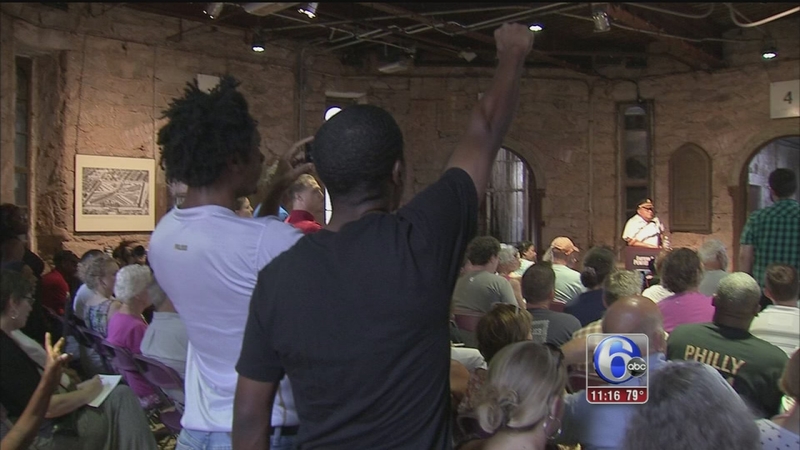 They shouted down the commissioner during an event at Eastern State Penitentiary which was actually on the topic of improving police relations with the community in the wake of Baltimore, Ferguson and Staten Island.

Commissioner Ramsey at first tried joking, then waiting them out, but their chants continued, even as he left.

The demonstrators continued outside, calling for justice for Brandon Tate-Brown and others.

Tate-Brown was shot to death by police officers last December in Mayfair, but the officers were cleared of any wrongdoing.