Philadelphia Police say bicycle thefts are on the rise 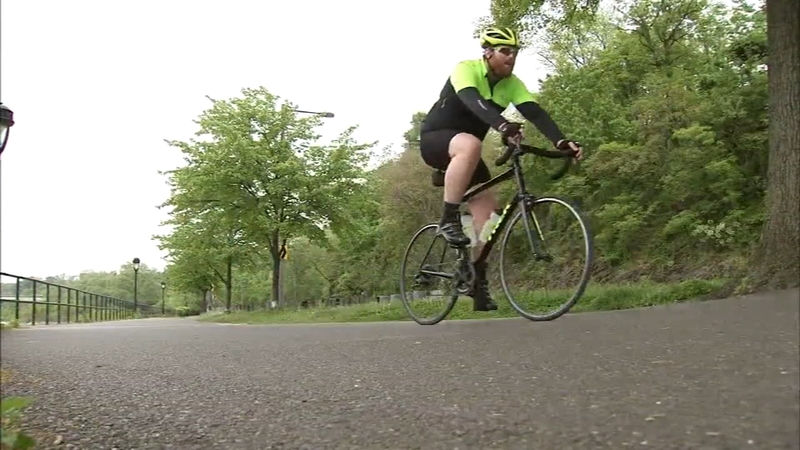 Philadelphia Police say bicycle thefts are on the rise

PHILADELPHIA (WPVI) -- If you own a bike, Philadelphia Police say to be on alert because there has been an increase in bike thefts. Officers in the 3rd District sent out a warning on Twitter asking residents to keep their bikes inside when possible and urging people that store bikes outside to lock them up and invest in a sturdy lock.

"Daily and weekly it's a very common occurrence and it is not just downtown when you are running into work. It's off your front porch. The more you can keep your bike inside and safe the better," Steven Pennington with Trek Bicycle.

Steven Pennington is the manager at Trek Bicycle in the city's Manayunk neighborhood.

He says a big mistake is just locking the rear wheel.

"Very commonly you will see someone lock up their rear wheel. That makes them think their rear wheel is safe against theft but in all reality, you have what is called a quick release on the bike. So you can open that up and drop the wheel right out... then off someone goes with your entire bicycle. You are minus a rear wheel but in the grand scheme of things, now they have a $1000 bike," Pennington explained.

Pennington says you should lock your frame and rear wheel and for extra protection, lock the front wheel and attach it to the back lock. He also reminds people to invest in a good lock which will run between $50 and $100.

Cyclists we talked to were not surprised about bicycle thefts being on the rise across the city.

They say they are heeding the warning and protecting their investments.

"I was just looking and they can go anywhere from a couple of hundred to I saw a bike for $24,000. I was like what kind of people ride such a bike," Madelyn Kawano of Narberth.

"So many people are buying these days and there are a lot of nice bikes on the road and they are not cheap, so I can see why they may be a good target for someone to steal. Don't take mine though, please," said Jim Duckett of Broomall.

Experts say if crooks can't get the entire bike, sometimes they will try to steal the wheels or even the bicycle seat. You may want to engrave identifying markings on anything removable.

Here are more tips: Use a U-Lock instead of a cable lock. U-Locks are solid steel and are very hard to cut. Cable locks can be cut easily.


If your bicycle is stolen report the incident to the police immediately. This helps you recover the stolen item if it is recovered and helps with the insurance claim process because an official police report is required to file a claim.