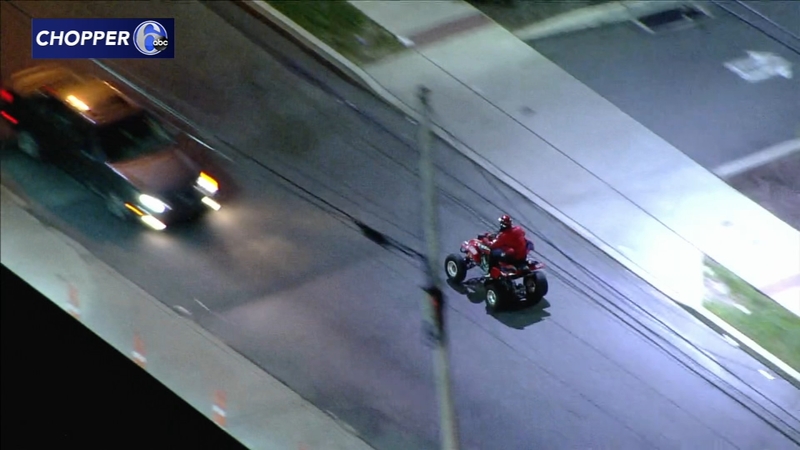 PHILADELPHIA (WPVI) -- A deadly double shooting ended with a high-speed ATV chase through the streets of Philadelphia on Tuesday night.

Police said a group of ATV riders opened fire on a victim around 7:50 p.m. on the 2000 block of North College Avenue.

When officers arrived they found a 25-year-old Darren Foxworth lying on the street next to an ATV. He was transported to Jefferson University Hospital where he was later pronounced dead.

The second victim, a 26-year-old man, who is believed to be with the group of riders, also suffered a gunshot wound but is expected to survive.

"I'm chilling in the house playing video games talking to friends and all I hear is 'pow pow pow pow pow," said a resident who did not want us to reveal his name.

Police say 31 bullet casings were recovered at the scene.

Witnesses tell police the victims were talking with about 10 men, all of them on ATVs. A police chase then ensued with one of those riders through city streets after shots rang out.

Chopper 6 was in the air as the ATV sped through neighborhoods, dodging cars and police.

The rider was later arrested in the city's Wissinoming section. It's unclear if he's the shooter at this time.

"Now we don't know if the driver is the one who fired the shots, but that driver is gonna be a suspect," said Chief Inspector Scott Small with the Philadelphia Police Department.

Police are looking through surveillance cameras to aid in their investigation.