15-year-old who shot girls in car near Temple University tied to other shootings, police say

The 15-year-old suspect was charged with four counts of attempted murder and remains in custody on $2 million bail.
WPVI
By 6abc Digital Staff and Annie McCormick 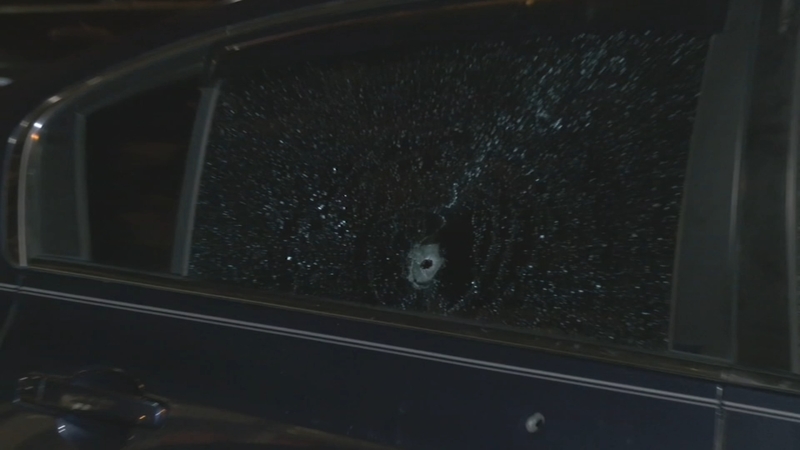 Teen who shot girls in car tied to other shootings: Police

PHILADELPHIA (WPVI) -- A teenager who police say fired into an occupied car near Temple University is believed to be responsible for other shootings in the city.

On March 18, police say two males, a 15-year-old and his 14-year-old accomplice, approached four teen girls in a car at Broad Street and Cecil B. Moore Avenue around 8:30 p.m.

Police say the teen girls then pepper-spray the suspects and that's when the 15-year-old suspect shot two of the girls.

"The males ran and one of the males fired eight shots at that car. Six of the shots hit the passenger side of the car," said Philadelphia Police Captain John Walker.

Both victims were transported to an area hospital where they were placed in stable condition.

Philadelphia police caught up with both suspects near 19th Street and Montgomery Avenue the same night after the 14-year-old allegedly tried to ditch the gun at his grandmother's house. Police recovered it and say the bullets match the ones found at the shooting scene near Temple.

Police now believe the attempted murder suspect is linked to a shooting on March 5. In that case, a 14-year-old victim was shot at Broad Street and Cecil B. Moore Avenue.

And police say the 15-year-old suspect is also linked to a March 15 shooting on the 1500 block of North Gratz Street. In the shooting, police say the teen fired multiple shots into the home of another teen whose mother did not want her son hanging out with the suspect.

The 15-year-old was charged with four counts of attempted murder and remains in custody on $2 million bail.