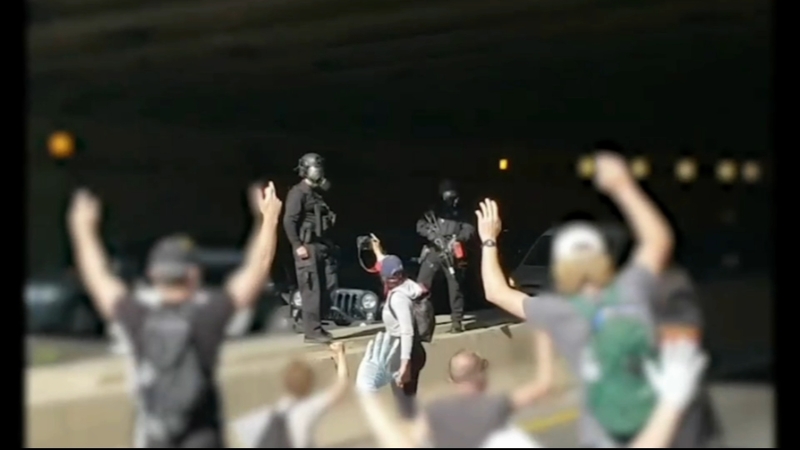 PHILADELPHIA (WPVI) -- Newly released video offers an up-close look at what happened on the Vine Street Expressway during protests last summer in Philadelphia.

Attorney Riley Ross says he and his colleagues decided to release this footage so the public can see what it looked like from the ground as protesters marched on the Vine Street Expressway bringing rush hour traffic to a halt. The footage also shows the use of tear gas to get everyone off the highway.

Ross claims it's more evidence that the tactics used by state and local authorities on that day were heavy-handed.

The police response to protests on May 31 and June 1 of last year resulted in hundreds of legal claims being filed. At least one has been settled, but the vast majority remain pending.

Charges have been dismissed against a former Philadelphia SWAT officer who was caught on video pepper-spraying protesters on the I-676 during a Black Lives Matter protest last summer.

The judge ruling that Nicoletti had been authorized by his commanders to clear the highway, and given pepper spray to do just that.

Philadelphia District Attorney Larry Krasner has previously stated that his office intends to refile charges in the case.

Attorney Paul Hetznecker says the tear gas authorization is at the root of the legal action being taken.

Mayor Kenney and Commissioner Outlaw have since apologized for the use of teargas and pepper spray last year.

No further comments were offered Tuesday though, citing pending litigation.