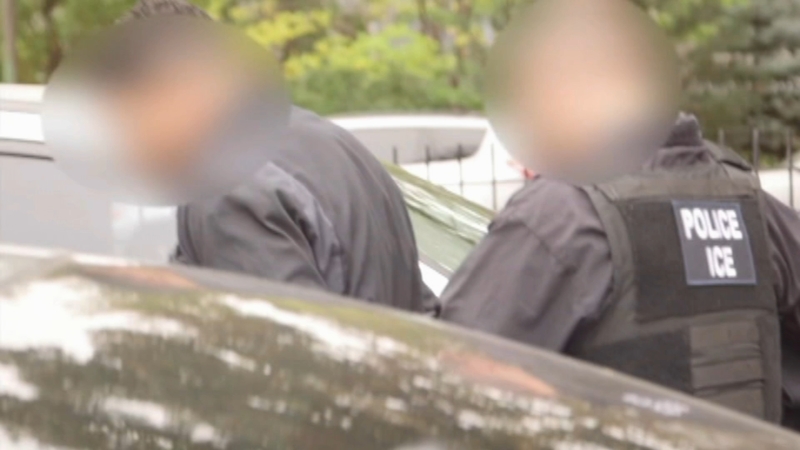 PHILADELPHIA (WPVI) -- A federal judge ruled Wednesday that the Trump administration cannot cut off grants to Philadelphia over the way the city deals with immigrants in the country illegally.

U.S. District Judge Michael Baylson said in his ruling that the conditions the federal government placed on the city in order to receive the funding are unconstitutional, "arbitrary and capricious." He also wrote that Philadelphia's policies are reasonable and appropriate.

Philadelphia has said it will turn over immigrants to Immigration and Customs Enforcement only if the agency has a warrant signed by a judge.

The federal requirements included allowing Immigration and Customs Enforcement officers access to prisons to interview people of interest, providing advanced notice of release of those people and following rules prohibiting restrictions on disclosure of any person's immigration status.

"The public statements of President (Donald) Trump and Attorney General (Jeff) Sessions, asserting that immigrants commit more crimes than native-born citizens, are inaccurate as applied to Philadelphia, and do not justify the imposition of these three conditions," Baylson wrote.

Federal attorneys had said the city's policies put federal immigration agents in danger and create situations where criminals in the country illegally are released and allowed to reoffend.

"Today's opinion from the district court in Philadelphia is a victory for criminal aliens in Philadelphia, who can continue to commit crimes in the City knowing that its leadership will protect them from federal immigration officers whose job it is to hold them accountable and remove them from the country," O'Malley wrote in an emailed statement.

The city had said that the requirements on federal grant spending were unconstitutional and that following them would promote a perception in the community that it was serving as an arm of federal immigration enforcement. City attorneys had argued that would create a barrier for immigrants to seek out city services ranging from health care to calling the police when they're victimized.

Philadelphia Mayor Jim Kenney called the ruling a "total and complete victory," adding that he believed Trump was being a bully and that attaching the conditions to the grant money was equivalent to a "political shakedown." Kenney, who was seen dancing outside his office after the decision earlier Wednesday, said the issue of being a "welcoming city" was personal for him coming from a family of Irish immigrants.

Baylson wrote that Philadelphia is entitled to prompt payment of the grant funds, but he has given the city and Justice Department time to suggest language for a final decree making that an order.

Several other "sanctuary cities" have opted to limit cooperation with government enforcement of immigration law. The Justice Department has threatened to cut off millions of dollars in federal grants to cities if they don't meet certain criteria for cooperating with immigration officials.

A federal appeals court in April sided with Chicago in a similar dispute.