Philadelphia chef gunned down inside car in Point Breeze 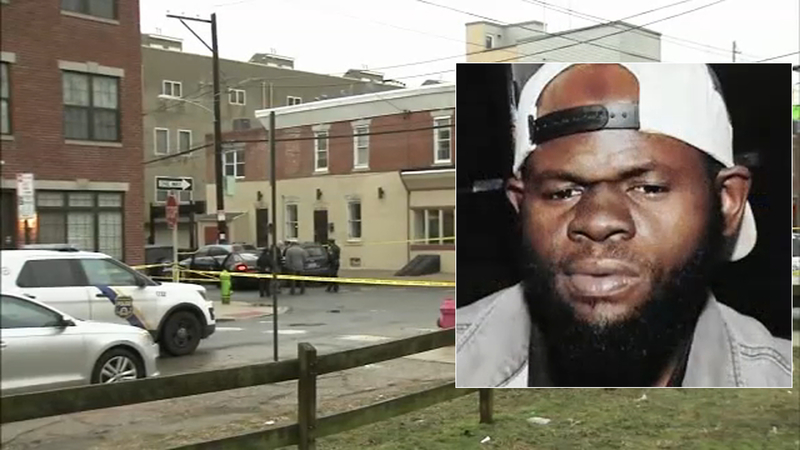 Philadelphia chef gunned down inside car in Point Breeze

PHILADELPHIA (WPVI) -- A local chef and community activist was found shot to death in a car Thursday morning in the Point Breeze section of Philadelphia, according to police.

The shooting happened around 6 a.m. at the intersection of 24th and Federal streets, just steps away from the Black Seed Cafe, where Quadir Flippen was the executive chef.

Flippen, 31, of the 2200 block of Wilder Street, was shot while sitting in a car, according to investigators.

Flippen was known to reach out to the younger generation, encouraging them to find their own route in entrepreneurship, the way he had.

Philadelphia PD confirms 31 year old Quadir Flippen was shot and killed near the intersection of South 24th street and Federal Street. A family friend said he was a black owned businessman, talented and his family is devastated @6abc pic.twitter.com/nl6PA4NieQ

"Just lost his life too short," said Jamal Graves, his friend and barber for 20 years.

"He was fun, outgoing and cheerful. He wanted to see everybody win in the community and looked out for the kids," said Graves.

A family friend did not want to be identified but said Flippen's sister is heartbroken.

NOW: 🚨
Crime scene unit at 24th & Federal. @PhillyPolice say someone shot a man who was in that black Honda.

People woke up to several gunshots, heard tires squealing and then a crash. No arrests & no weapon recovered.@6abc pic.twitter.com/yqPKtLC29m

"He was a black-owned businessman, kept cordial, self-esteemed, talent, whatever comes across his mind, he's on top of it," said his friend.

The Mayor's Office of Black Male Engagement released this statement about him:

"Quadir Flippen was a pillar of strength and inspiration for his community. Tragically, his death is the latest example of the senseless violence that claims the lives of far too many Black men and boys in our city. Quadir's life was cut short-robbing him of a future, his family and friends of decades of memories yet to be made, and our community of a true role model. For years, Quadir has been part of our family at the Mayor's Office of Black Male Engagement. He participated in a number of our event, sharing his wisdom with other young Black men, and was always willing to help out when needed. More than anything, Quadir wanted to see unity in our community. He wanted a better future for the Black men and boys of Philadelphia. His vision for a stronger, safer and more unified Black community makes his loss even more heartbreaking. Our sincerest thoughts and prayers are with Quadir's loved ones during this time."

People in the area said they woke up to several gunshots, heard tires squealing and then a crash.

"Philadelphia's homicide rate is crazy, so this is actually starting to become a normal thing, which is sad," said neighbor Hannah Zanbrana.

No arrests have been made and no weapon has been recovered.