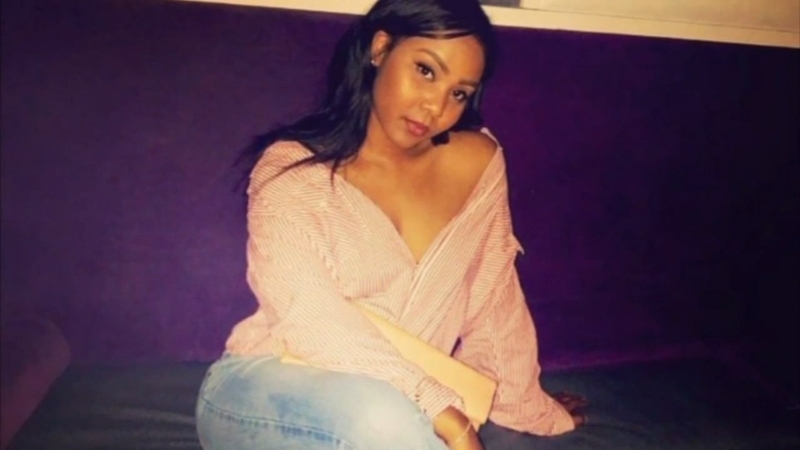 WEST PHILADELPHIA (WPVI) -- A Penn State student was killed and her father and grandfather were injured in a triple shooting over the weekend in West Philadelphia.

Police responded around 4:22 p.m. Sunday to the Galaxy West Bar & Grill on the 5200 block of Market Street for a report of a shooting.

Police say Oglesby and another female got into a fight inside the bar. Then, they say, it broke out into a melee with many people on both sides involved.

Photo of Dominique Oglesby provided by her family.

Police say at one point Oglesby called her family.

Detectives say the fight spilled from inside to outside on two occasions. After the second time someone, apparently associated with the person Oglesby was fighting, pulled a gun.

Oglesby was shot in the back. She was rushed to Penn Presbyterian Hospital where the family then quickly gathered, but she was pronounced dead Sunday evening.

Her family was too upset to speak with us but released a statement reading, in part:

"Her parents along with her family are heartbroken. The family would like to thank everyone for their prayers of strength and comfort."

Our deepest sympathies go out to Dominique's family and friends in the wake of this tragedy, and our thoughts remain with the victims of Sunday's violence. Dominique was a full-time student and senior at Penn State Harrisburg majoring in communications. Penn State officials, including those from our Office of Student Affairs, are reaching out to her family to offer any and all necessary support. Counseling services are available for members of the Harrisburg campus community to help them cope with this tragic loss.

Family members said Ogelsby was scheduled to graduate from Penn State this spring.