Police: 13-year-old shot in head while sitting inside vehicle in West Philadelphia

The victim was shot in the head, chest and arm. He was rushed to an area hospital where he was placed in critical condition.
WPVI
By 6abc Digital Staff 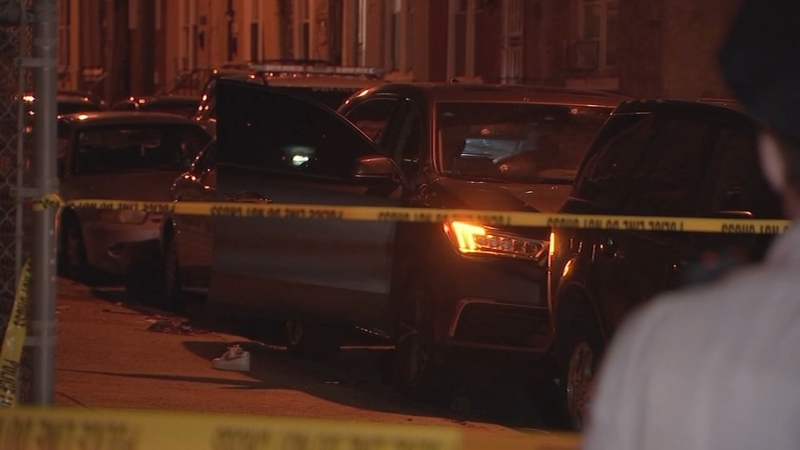 Police: Teen shot while sitting inside car in West Philly

PHILADELPHIA (WPVI) -- A teenager remains hospitalized after he was shot while sitting inside a car in West Philadelphia on Monday night.

Police say the 13-year-old male was sitting in the passenger's seat of an Acura SUV. He appeared to be by himself with the windows up when a gunman fired more than a dozen shots.

Police believe he was targeted.

"So it seems like the shooter comes up westbound on Hoopes (Street) and fires as many as 16 shots, striking the vehicle on the hood, in the windshield and along the side of the car," said Captain John Walker with the Philadelphia Police Department.

Chopper 6 was overhead after a teenager was shot inside a car in West Philly on April 4, 2022.

The victim was shot in the head, chest and arm. He was rushed to an area hospital where he was placed in critical condition.

His mother was also taken to the hospital to be with him.

The shooting is one of several that are under investigation by police on Monday night.

Earlier in the afternoon, police say an 8th grader was targeted and gunned down on the 2200 block of N. 15th Street while he was walking home from school.

No arrests have been made in connection with either shooting.