At least 10 people shot, 1 stabbed as violence continues in Philadelphia 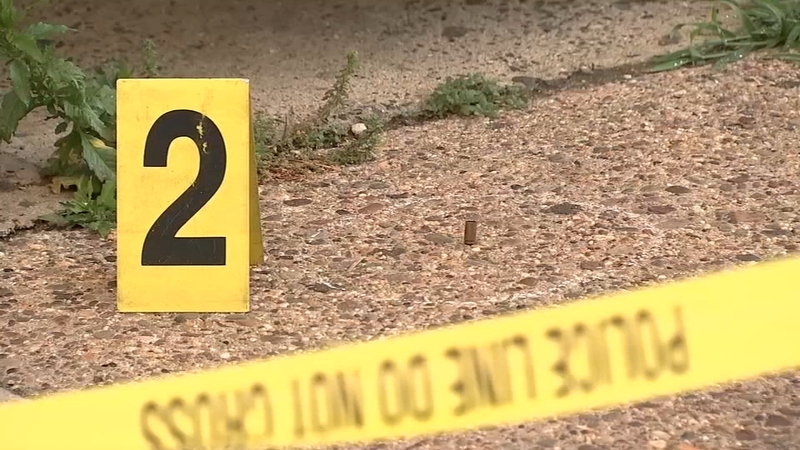 At least 10 people shot, 1 stabbed as violence continues in Philly

PHILADELPHIA (WPVI) -- As many Philadelphians prepare to celebrate the holiday, the city continues to be plagued by an unrelenting surge in violence and crime.

Police say 10 people were shot Friday, including two victims who did not survive in separate incidents.

And at least one other person was stabbed following an incident in Center City.

Police were on the scene of a quintuple shooting just before 3 p.m. on the 7700 block of Ogontz Avenue.

Police say a 30-year-old man was shot three times, including once in the face.

The victim, whose identity remains unknown, was transported to Einstein Medical Center, where he was pronounced dead a short time later.

Four other adults suffered injuries but have been listed in stable condition, officials say.

Hours later, before 7 p.m. in the city's Olney section, police were on scene for a triple shooting on the 200 block of W. Duncannon Avenue.

A 37-year-old man was also shot in the right leg, police say.

Officials confirm a 33-year-old man was shot in the left foot and sustained a graze wound to the left thigh.

All three victims were transported to Einstein Medical Center listed in stable condition.

Just after 6:30 p.m., police say a 42-year-old man was stabbed once in the neck and once in the rib on the corner of 15th and Market streets.

A weapon was recovered from the scene, police say.

An arrest has also been made in this incident.

A 55-year-old woman is fighting for her life after being shot in Kensington during a robbery.

The incident happened Friday around 9:30 p.m. on the 900 block of E. Westmoreland Street.

Police say the woman was walking when she was approached by a man, who put a gun to her head.

She was shot once in the ear and taken to Temple University Hospital listed in extremely critical condition.

Police say it was all captured on video and are currently investigating.

In North Philadelphia, just after 9:30 p.m., police investigate a shooting that left one man dead.

The incident happened on the 2600 block of North Hollywood Street.

Police say the man was shot 15 times throughout the body.

The victim, whose identity remains unknown, was transported to Temple University Hospital, where he was pronounced dead.