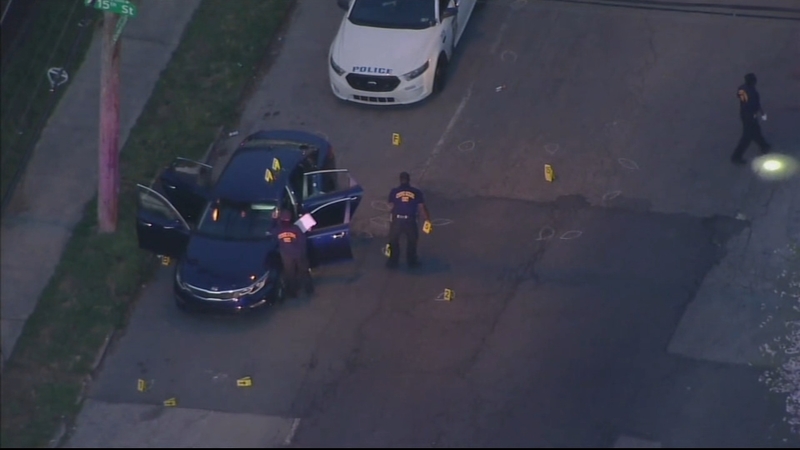 PHILADELPHIA (WPVI) -- Authorities have identified the man who Philadelphia police say shot an officer during a traffic stop on Wednesday night in the city's Logan neighborhood.

It happened on the 1500 block of West Somerville Avenue around 6:45 p.m. when the driver of a blue Kia Optima failed to stop at a stop sign, police said.

According to investigators, two officers in a marked vehicle approached the car. The officers returned to their vehicle to look up information on the three men and one woman who were inside the Kia.

When the officers discovered two of four had outstanding warrants, they called for backup.

A total of five officers in full uniform were on the scene to assist.

When officers approached the vehicle they asked James Alexander, 24, who had an outstanding warrant for "bail jumping," to exit the car, police said.

An officer opened the rear passenger door and instructed Alexander to leave his cell phone in the vehicle and asked if he had a gun on him.

At that point, Alexander removed a gun from the front of his waistline, police said. In response, an officer yelled, 'He's got a gun,' and retreated.

All five officers returned fire, killing Alexander. He was shot multiple times and was pronounced dead at a hospital.

A weapon was recovered at the scene. It's still unknown how many shots were fired by officers.

One officer was shot in the foot. He was treated for his injuries and has since been released from the hospital.

"When I'm told or I'm briefed that our officers are being shot at, one of the first questions I asked is it a marked unit, were we in full uniform. When my answer is, 'yes,' I always sit back and go 'wow.' For someone to shoot at a police officer is very telling and it makes you wonder not only what was going on in their mind at the time, but what is it that they're trying to get away from," said Outlaw.

The three other occupants of the car, a woman and two men, were not injured. They were questioned by police.

"Officers don't start their day wanting to get into a shooting, wanting to get anything like this," Gripp said. "Last thing we want to do is have to take a life, and again it speaks to the level of gun violence in the city. These officers approached the car and they were fired upon almost immediately."

A Philadelphia police officer was shot while conducting a traffic stop on Wednesday night in the city's Logan neighborhood. 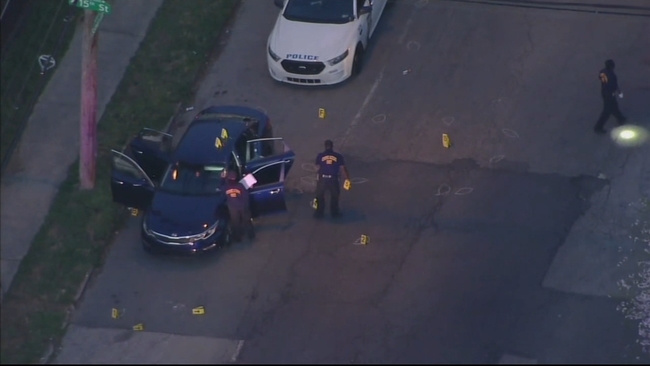 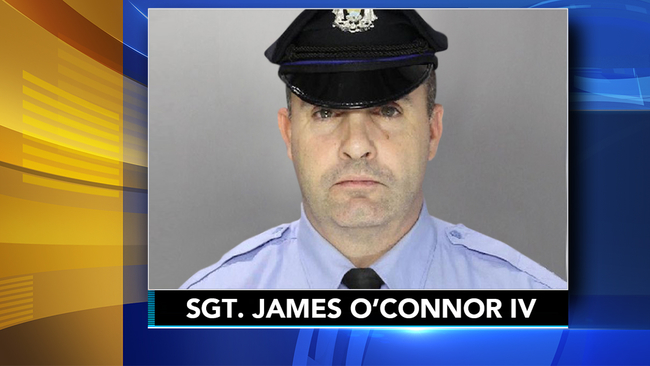