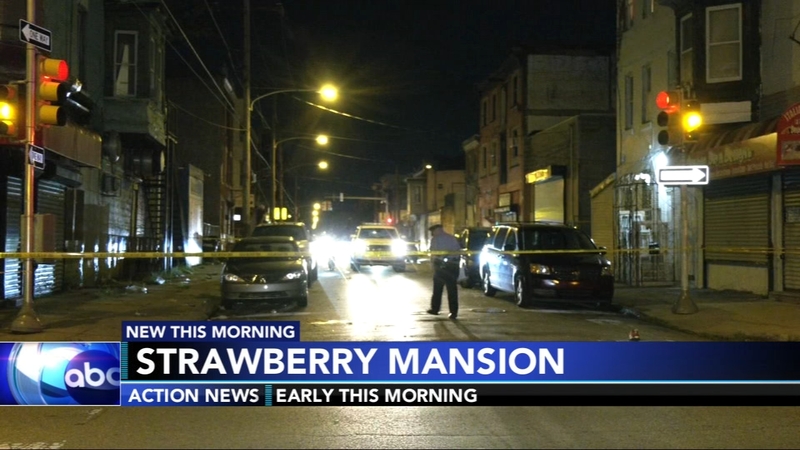 PHILADELPHIA (WPVI) -- Weekend gun violence has pushed Philadelphia over 300 homicides for the year, and there are no signs of it slowing down.

Two early morning shootings are just some of the latest violent incidents to claim the lives of Philadelphia residents.

Around midnight, officials said a man was shot multiple times by a drive-by shooter as he was outside talking to two Philadelphia police officers in the city's Strawberry Mansion section early Sunday.

It happened around 12:20 a.m. near the 2400 block of Cecil B Moore Avenue in North Philadelphia.

Investigators said police were called to the scene after reports of a disturbance at a large house party. According to police, as the officers arrived, they exited their car and began talking to a 33-year-old man who was at the party. That's when, according to the officers, a dark-colored Nissan Maxima sped by and opened fire on the man, striking him at least five times.

TIRED OF BLOODSHED: Shoulder to shoulder, Philadelphia residents and police officers called for peace on the very blocks that have seen bloodshed this year.

Police said when the shots rang out, the officers ran for cover and called for backup, bringing in dozens of officers from several surrounding districts.

Police transported the man to Temple University Hospital where he was pronounced dead a short time later.

Investigators said the Maxima was later stopped on the Girard Point Bridge and a man and a woman were taken into custody. Police said they believe the incident began as an argument inside of the party.

Around 2 a.m. Sunday, police say a man in his 30s was shot multiple times on the 2700 block of W. Montgomery Avenue. He was transported to an area hospital where he later died.

Sources confirm to Action News that there are more than 301 homicides to date. The homicide number is telling. A snapshot of recent years shows just how deadly the year has been:

Residents across the city continue to gather demanding the violence to stop.

"We're tired of the killing in our community," said Kimberly Washington during a peace walk this week.

Philadelphia Police Commissioner Danielle Outlaw joined the community in a prayer walk Thursday night as her department and the city works to combat a surge in gun violence.

Philadelphia Police Commissioner Danielle Outlaw has been present during recent prayer walks with the community. She has stressed that everyone needs to play a part to tackle the problem.

"Folks want to lead me down this road and get me to finger point to other folks in the criminal justice system. We all have a part to play here, everybody, state, local, federal, we all have a part in the criminal justice system and we all have to step up," said Outlaw during a community event earlier this month. "If you want to ask if there are gaps in other parts of the system, I think you should go ask the other parts of the system."

In an interview with Action News earlier this month, Vanessa Garrett Harley, deputy manager for criminal justice and public safety with the City of Philadelphia, said the city plans to address the violence through a new initiative called "Group Violence Intervention," or GVI.

Mayor Jim Kenney released this statement on the rising crime and surpassing 300 homicides this weekend:

"We are devastated by this solemn moment in what continues to be a year filled with great adversity in our city. One homicide is one too many so I share the public's outrage that 300 Philadelphians' lives have been cut tragically short this year. Our Administration maintains a sense of urgency on this mounting public health crisis. This is personal. This is our home, and many of us know some of the victims and their families directly impacted by violence. All Philadelphians deserve to be - and feel - safe in our city.

This is why the Administration continues to scale up our evidence-based strategies to interrupt and reduce violence. The Philadelphia Police Department's recently released Action Plan and the Office of Violence Prevention's 'Philadelphia Roadmap to Safer Communities' violence prevention plan have united City agencies and many external, grassroots partners to address the issue at scale. We will continue to work collaboratively to ramp up violence prevention programs and enact data-driven policing strategies that have a proven track record of reducing violence. This also means raising the profile of social services and supports in violence interruption, through our new Group Violence Intervention strategy, and the Community Crisis Intervention Program continues to help individuals find alternatives to violence.

Critical to our success in reducing violence will be greater gun control at the state and federal levels of government. This can only happen when state and federal leaders develop the courage to shake the grip of the NRA, and enact true reform that keeps guns out of the hands of people with a proven record of violence. We at the City level will continue to fight for common sense gun reform and trafficking legislation to reduce the unabated flow of illegal guns into our neighborhoods.

However, it should not be lost on us that the city continues to fight a global pandemic. COVID-19 has strained City resources which is one of the contributing factors why violence continues to rise, not just here, but across the nation. Our high poverty and the economic crisis created by the pandemic are additional contributors so we continue to focus on fostering an equitable economic recovery so more Philadelphians have greater opportunities."
Report a correction or typo
Related topics:
philadelphiacrimegun violencedrive by shootingphiladelphia policeguns
Copyright © 2021 WPVI-TV. All Rights Reserved.
CRIME 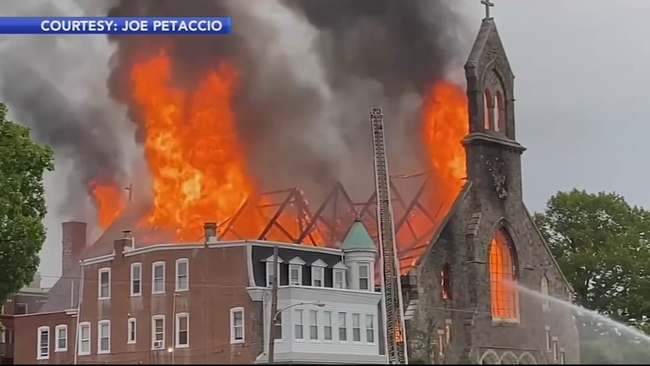 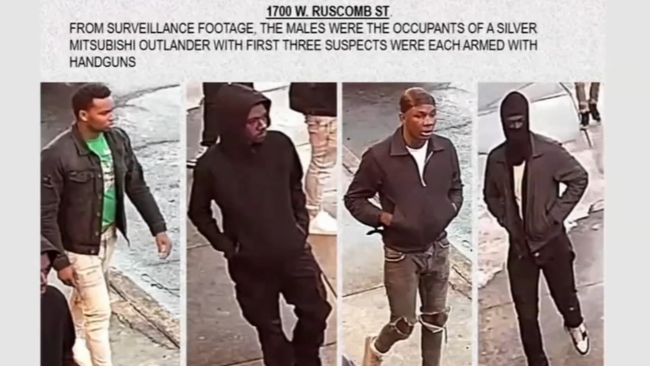