'We all have a part to play here': Philly police commissioner joins prayer walk amid surging violence

So far this year, at least 1,250 people have been shot in Philadelphia.
WPVI
By Dann Cuellar 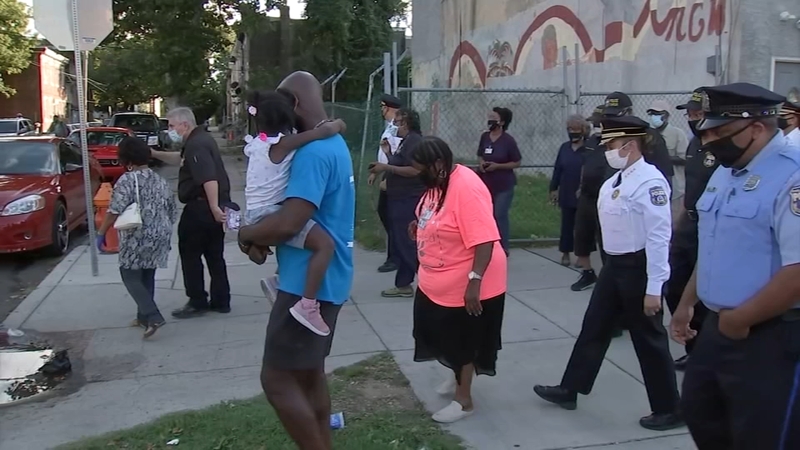 PHILADELPHIA (WPVI) -- Philadelphia Police Commissioner Danielle Outlaw joined the community in a prayer walk Thursday night as her department and the city works to combat a surge in gun violence.

"We're tired of kids sleeping in bathtubs, we're tired of people staying in their own house," said a man holding a megaphone.

During the walk, the commissioner engaged in small talk with some young men in the neighborhood looking for solutions.

So far this year, at least 1,250 people have been shot in Philadelphia. Five more people were killed in shootings Thursday night.

She says everyone must play a part in lowering crime.

"Folks want to lead me down this road and get me to finger point to other folks in the criminal justice system. We all have a part to play here, everybody, state, local, federal, we all have a part in the criminal justice system and we all have to step up," said Outlaw. "If you want to ask if there are gaps in other parts of the system, I think you should go ask the other parts of the system."

The frustration runs deep among residents as well, who are tired of living amidst all this violence.

"Black lives don't matter until it matters to us, and its time for us. Harriett Tubman, what did she die for?" asked Rouslyn McKelvey of Germantown.