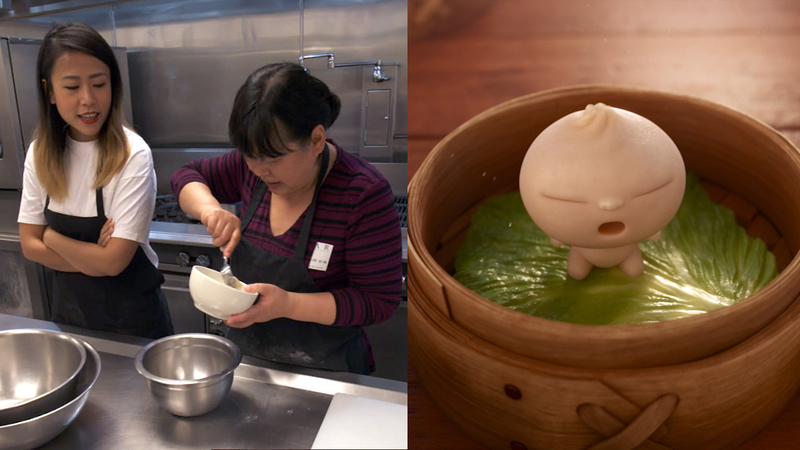 A story about a dumpling is up for an Oscar

Emeryville -- Even before any Oscar statuettes are handed out this Sunday, the Academy Awards has already made history by nominating the first woman director of a Pixar film.

Domee Shi is a storyboard artist at Pixar Animation Studios, but she directed the short film "Bao," which was shown before "Incredibles II" in theaters. It was her first time directing and now she has been nominated for an Oscar in the category of animated short.

"It's amazing. It still hasn't hit me fully. I don't think it will fully hit me until I go to the awards ceremony," said Shi, a self-described "nerdy girl" who says she grew up drawing cartoons in her room.

Her short film, Bao, is about a Chinese-Canadian woman who gets a second chance at motherhood when one of her dumplings comes to life. It's a story about empty nest syndrome and overprotective parents.

See the trailer for Pixar's Bao


"The inspiration came from my own life. Ever since I was little, my parents treated me like their precious little dumpling. Coddling me, making sure I never wandered too far away and I was always frustrated by that," said Shi.

Shi ended up wandering very far from home. She grew up in Toronto, but eight years ago she moved to the Bay Area to intern and later work at Pixar.

It was while working as a storyboard artist on "Inside Out" that she came up with the idea for "Bao." Her first drawing was of a mom cuddling a little dumpling. In the film, the mom raises the dumpling like a son.

"They go through tribulations together. And then she realizes everything has to grow up and leave the nest at some point."

It's a universal story. But "Bao" puts an Asian family in the forefront. Shi used her family as inspiration.

"I think a lot of Asians are really excited to see their families and themselves represented on the big screen to such a wide audience," said Shi. "Studios are redefining what a universal picture is."

Shi brought her mother to Pixar to make dumplings for the crew. It helped animators recreate dumpling making for the film and also brought her closer to her mom.

During the film's development, the producer of "Bao" also became a mom. Becky Neiman-Cobb used her newfound expertise in child rearing to make the movie more authentic.

"I got to be the resident baby expert. I got to give my thoughts on the baby sounds that we used and baby smiles and cheeks because I had the real thing at home to cross check our work," said Neiman-Cobb.

She said the movie was able to include Asian symbols because the message of the movie is so universal.

"This could have been any culture. People and food and families go hand in hand. It is a way to show love," said Neiman-Cobb.