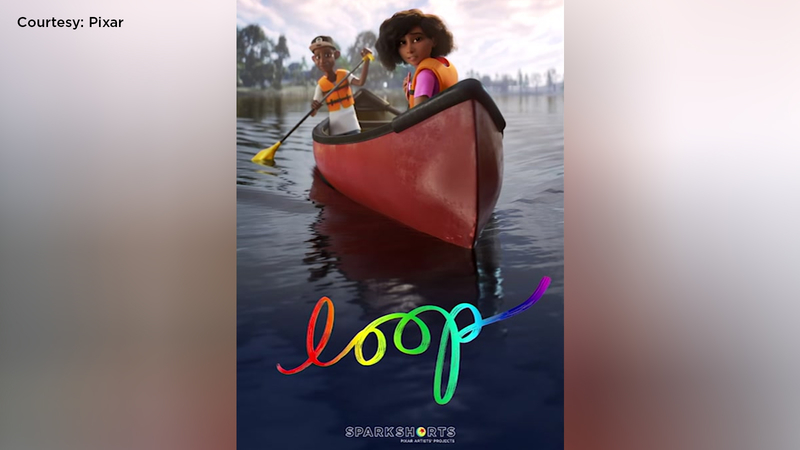 SAN FRANCISCO -- In Pixar's newest short "Loop," all a boy and girl have to do is get in a canoe, paddle around a city lake, and get back. But there's a catch.

He talks a lot, and she doesn't at all. He's neurotypical. She's on the autism spectrum. Neither is thrilled to be paired up. So while they're literally in the same boat, they seem worlds apart when they start their journey.

RELATED: Pixar's 'Wind' honors Korean grandmother's sacrifices to get her sons to America

"Loop" was directed by Erica Milsom, who was inspired by her work with people with disabilities. Her story features Renee, a girl on the autistic spectrum who uses gestures, tones and a catchy ring tone to communicate. The other main character, Marcus, is a boy who must learn to connect with her despite their differences.

"The thing that I thought was most interesting was that place between two people who don't share a common language, and it's not even a language that you can access. It's a language that you have to feel out and find a means of communicating with each other," Milsom explains. "I felt like giving the world a film that's about that exploration and finding a way to connect would help everyone. It would help kids with disabilities, adults with disabilities, but also those of us who might be neurotypical, but be sometimes lost as to how to make a connection."

To make the short even more authentic, Milsom worked with an actress on the autism spectrum to be the voice of Renee. Watching "Loop," you realize how rarely you see and hear people with autism so prominently and positively featured on the screen.

"There's so many depictions of autistic people in media on either movies or TV shows or whatever that show the negative side of what that can be," says "Loop" producer Krissy Cababa. "I want people to see 'Loop' and recognize that we are all full human beings with emotions and desires and thoughts and feelings, and to try to understand and bridge that gap with somebody who may not communicate the same way as you or may not look the same way as you."

"Loop" joins other shorts released from Pixar's innovative SparkShorts program, which tapped creators who normally wouldn't write or direct an animated short and gave them a chance to tell a story their way. Pixar gave creators a small budget, about six months to complete the project and more than the usual creative freedom. While each short has a distinct voice, message and look, they still have the creative storytelling and emotional impact one expects from a Pixar production.

"Loop" is available on Disney Plus.

To see the behind-the-scenes video with Erica Milsom inside Pixar, watch the video in the player above.