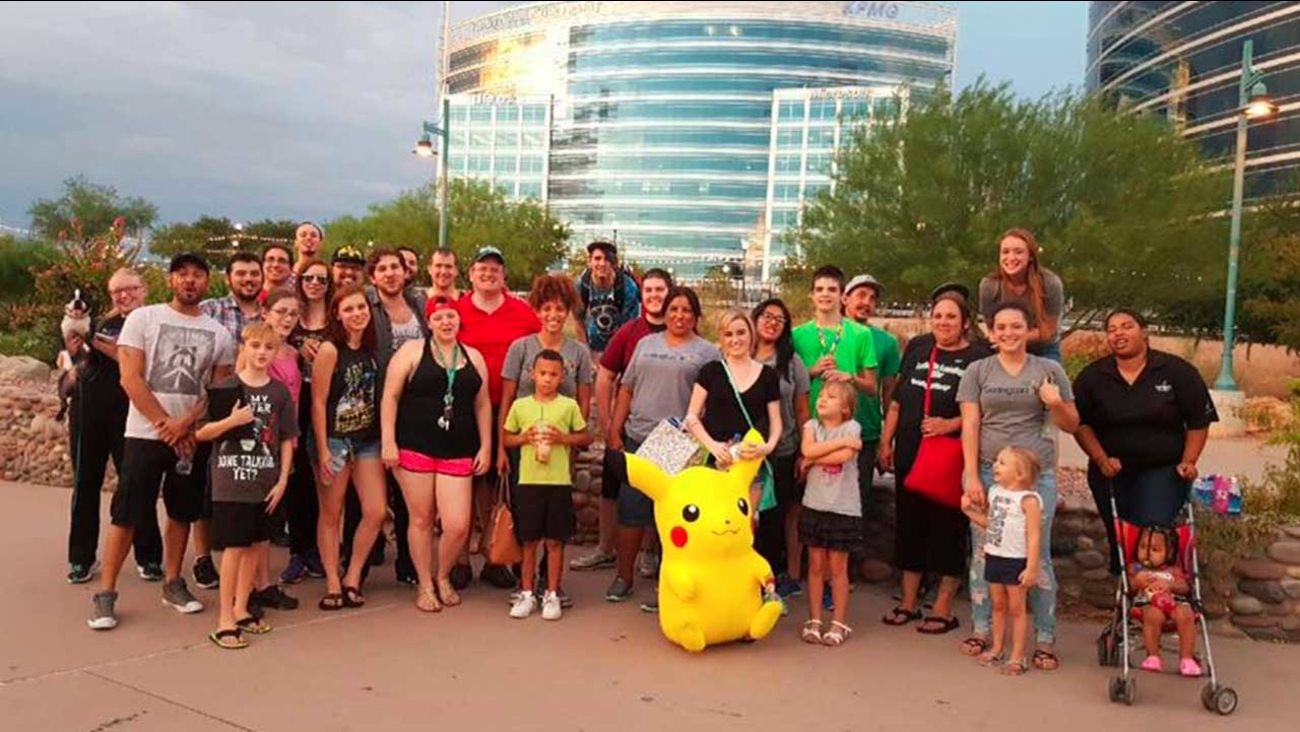 Ty, in green, poses the large group who showed up to play Pokemon Go with him. (Image source: Hope Marie Whitaker)

This story originally appeared on Babble and is reprinted with permission.

The wonders of Pokémon GO strike again: According to ABC 15, dozens of strangers banded together this week to play with a teen with autism, after he was bullied by other kids while playing the augmented reality game.

As we've all heard many times since the game was first released, the connection it has to the outside world, due to its location-based feature, has had numerous positive benefits for those living with autism and those who may otherwise struggle socially. The merging of the real with the virtual has helped break down some of the social conventions that those with autism often struggle with. Unlike most augmented reality games, players are connected in real life, rather than just behind their screens, by providing strangers a commonality with other Pokémon fans in their community - people they might otherwise have never met.

Which is why it was truly disheartening when news spread that two college-aged boys purposefully bullied a teen with autism two weekends ago, who was playing Pokémon GO in Tempe Beach Park in Tempe, Arizona, with his mom.

"I just stood there," Swartout told the network, with a look of disbelief on her face. "And then I heard them laugh and say, 'Yeah! We got the r-word.'"

It's an admirable feat for anyone with autism to leave their comfort zone and interact with others who may think and behave differently than they do; which is why Ty's efforts to do so should be applauded. Simply getting outside, exploring his neighborhood, and attempting to play a game with others means Ty has to fight against his natural tendencies, every time he plays - and that's not easy. So the thought of him feeling confident enough to play Pokémon GO in the park, and then being unfairly targeted by two strangers, is honestly heartbreaking.

Thankfully, I'm not the only person who was saddened to hear what happened to Ty. After the incident, Ty's sister, Hope Marie Whitaker, decided to share the story on the Arizona Pokémon GO Community Facebook page, and was met with an overwhelming response that was nothing short of incredible. Hundreds of people not only commented on the post in support, but invited Ty to play the game with them at the park, as well.

Over 20 strangers met in the park to play with Ty and his family - some even bringing gifts, including a Pokémon t-shirt and giant Pikachu toy!

Swartout, who was overwhelmed with emotion by the show of support, said of the kind gestures, "I'm so grateful. I'm just so grateful because if this wouldn't have happened, we would still be hiding in our house, like a lot of families like ours do."

According to Ty's sister, he's been on cloud 9 ever since that day in the park. "He loves making new friends, and he loves Pokémon, so when you put those together, he had a blast," Whitaker tells Babble.

"It's brought Ty back to himself," she continues. "After what happened, he just didn't shine as brightly as he usually does; and then after seeing all of those people come together for him - they gave me my happy brother back. As for my family, it's shown us that there are so many more good kind people out there than there are bad ones. My mom had said that if this wouldn't have happened, we would still be hiding in our home like a lot of families like ours do - and she's right!"

How's that for a happy ending?