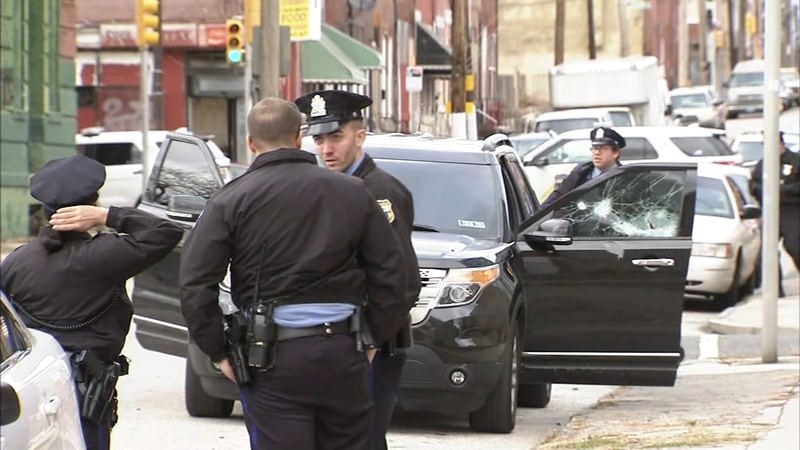 PHILADELPHIA (WPVI) -- Police are investigating a shooting in North Philadelphia that left a woman and two men dead.

It happened before 2 p.m. Saturday in the 2100 block of North 10th and French streets.

The unidentified woman was shot multiple times and rushed to Temple University Hospital where she was pronounced dead.

A 35-year-old man was shot in the head and also taken to Temple where he later died.

Police say a second male was found inside a car and pronounced dead at the scene.

Two guns were recovered at the scene, police say.

Police are sorting out the details of the triple deadly shooting.