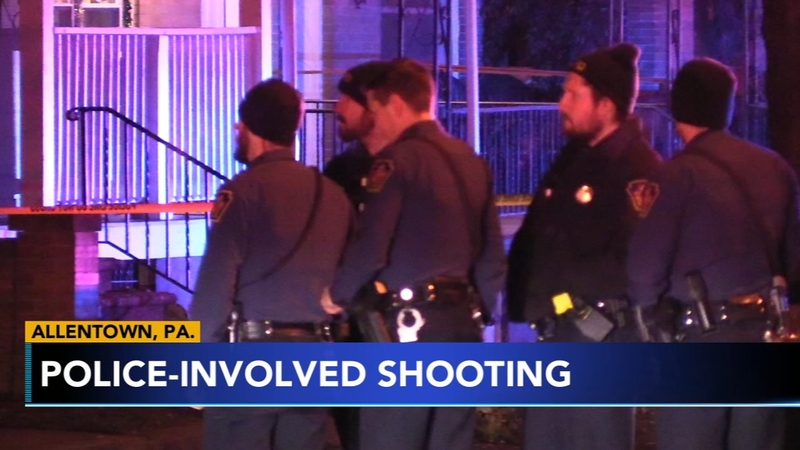 ALLENTOWN, Pennsylvania (WPVI) -- Allentown police said a man is in critical condition after he was shot by an officer early Sunday morning.

Police said officers were answering a call for a large fight happening at a location where gunshots had been fired.

Officials said the first officers to arrive at the scene came upon a large number of people actively engaged in an altercation.

The responding officer said another individual already on the ground as well as a blood trail and a man was seen brandishing a black handgun.

Police said the officer instructed the man to stop and drop the weapon but the man did not follow the officer's commands and ran.

While on the porch of a nearby home, police said the man brandished the gun and turned toward the officer, who then fired, striking the man.

Police identified the man as Emmanuel Celestino-Mendez, 31, of the 100 block of S. Madison St.