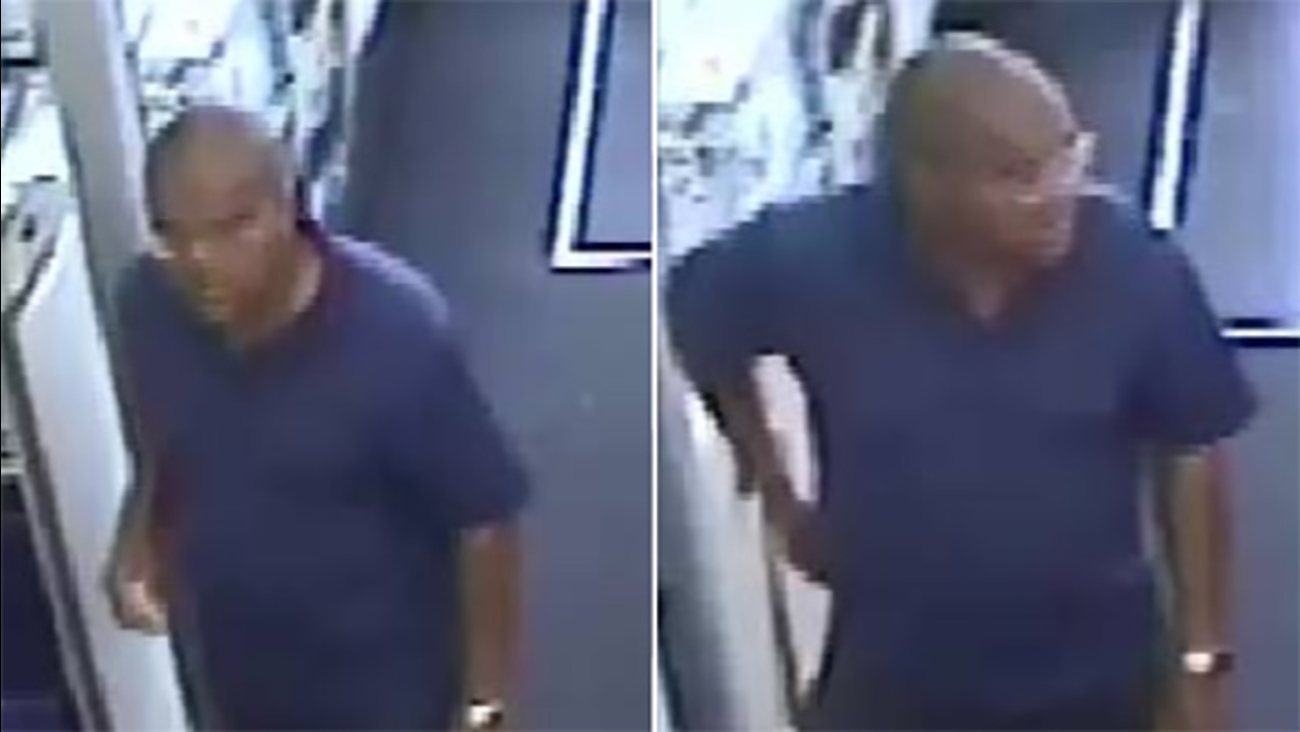 MARLTON, N.J. (WPVI) -- Police are asking for the public's help in finding a man who allegedly followed a woman into a Marlton, New Jersey store bathroom.

The incident happened at the Bed, Bath and Beyond store at 740 Route 73.

The victim told police the man entered the restroom shortly after her and stood outside the stall she was occupying.

She told police the man stood there breathing heavily and moaning, and she could see his black boots underneath the stall door.

The man then left the bathroom and exited the store a short time later.

Police say the suspect, described as a bald black male wearing glasses and a blue shirt, was seen on surveillance video loitering in front of the women's restroom and entering shortly after the victim.

Investigators want to hear from the man or anyone who might be able to identify him.

They are unsure of his intentions or if this is some sort of pattern of behavior that might lead to something much worse. Until they know more, police don't have any reason to pursue criminal charges.

"Right now we have his picture out there. We just want to know if anyone out there has a similar incident like this at another store or if somebody recognizes this male. We would like to speak with him, see what his intentions were, whether he had some sort of criminal intentions or some kind of medical episode that caused this," said Lt. Joseph Friel.

Anyone with information is asked to contact Evesham Township police at 856-983-1116, the Confidential Tip Line at 856-983-4699 or email at Facebook@Eveshampd.org. Anonymous tips can be sent by text message to ETPDTIP to 847411.