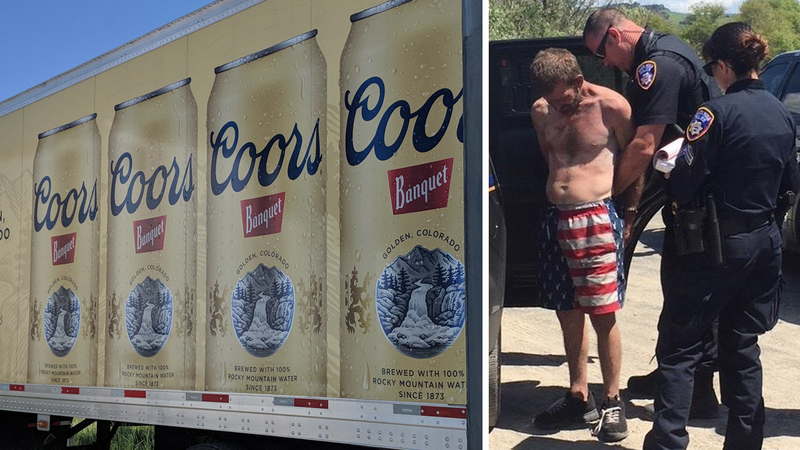 SANTA ROSA, Calif. -- A man wearing nothing but American flag shorts stole a beer truck from the parking lot of a liquor store, according to investigators.

The bizarre crime happened just before noon on Thursday, April 19, in Santa Rosa, California. Investigators say the driver of a Coors truck was inside a store making a delivery when the suspect jumped into the truck and drove off.

A customer notified the driver, who immediately contacted police. The truck was equipped with a GPS tracker, and police located it just down the road within minutes.

Less than an hour later, 46-year-old Matt Lane Hermsmeyer was found hiding in the bushes and taken into custody.