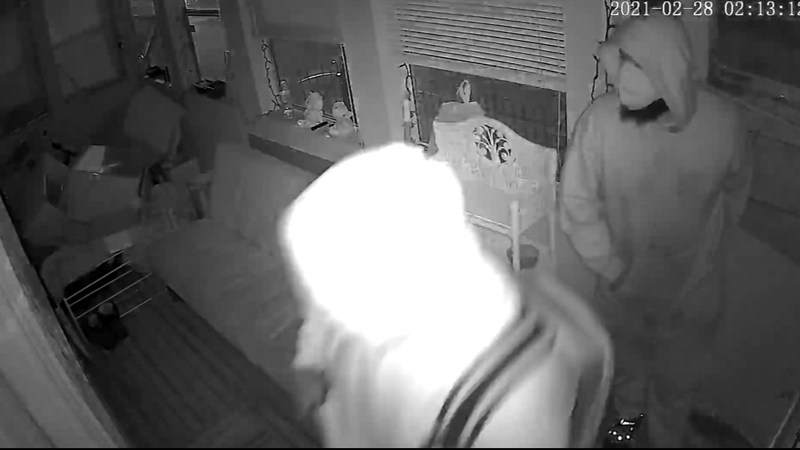 "Two individuals come into a home with weapons out. You never know what could happen," said Colby Gallagher with the Camden County Prosecutor's Office.

Surveillance video from inside the home shows two men entering the residence and forcing the victims to the ground.

The suspects then walked one of the victims upstairs before coming back down to unlock a display cabinet containing jewelry, officials say.

The two suspects, whose identities remain unknown, left the scene with jewelry, a cell phone, and cash.

Officials say no one was injured during the incident.

The victims say one of the men involved has a large beard and wore a distinctive hoodie with a wolf on the back.

The other man was carrying a backpack with a distinctive style.

Cameras also captured what police believe is the suspect's getaway car which is believed to be a white, or light-colored, newer model Acura.

Cameras from nearby businesses also captured the suspects.

"It is crazy that you see our cameras and for them to pull up so close with the car, I hope they get caught," said Heather Wert, with Tootsie's Deli and Market.