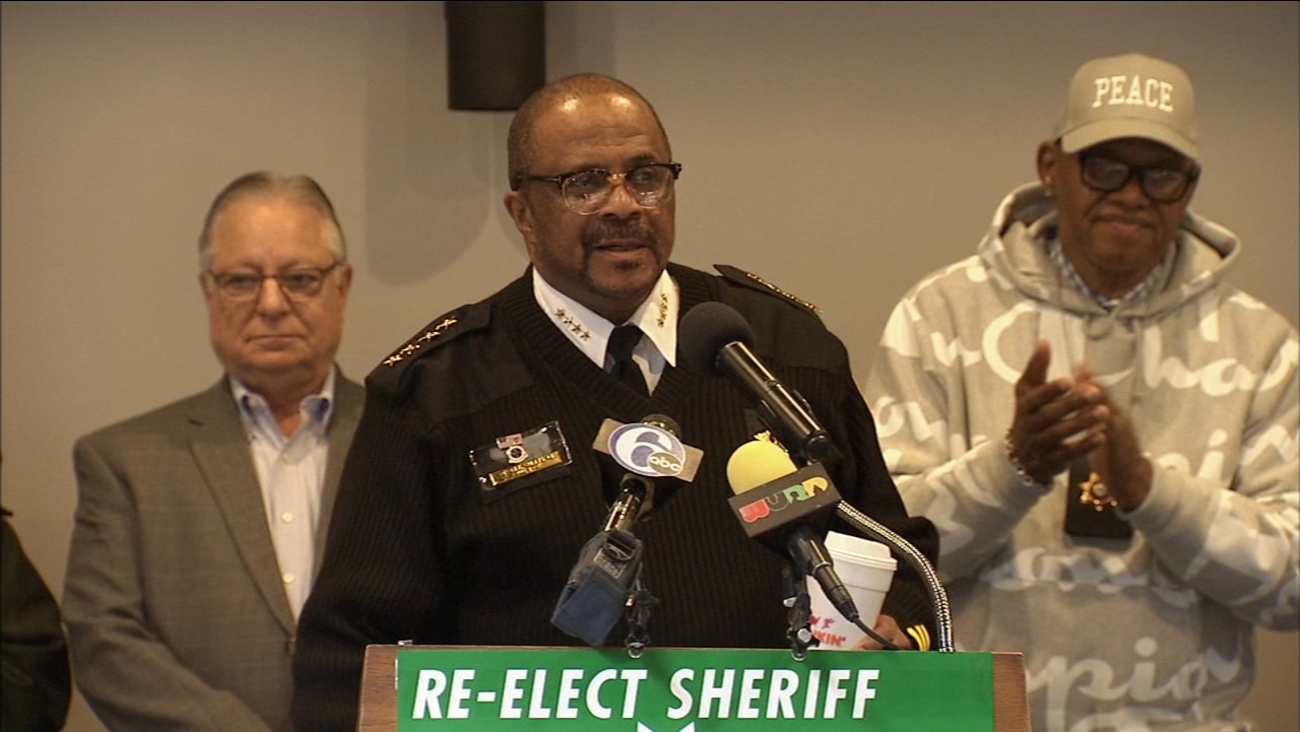 Williams has been dogged by sexual harassment allegations. The City of Philadelphia recently settled with one alleged victim for $127,000 after an independent investigation by the Mayor's Office of Labor Relations found the allegations credible and led to a hostile work environment.

The alleged victim was an employee under Williams until 2017. Mayor Jim Kenney called for the sheriff to step down as women began coming forward with allegations.

On Friday he said, "This may have been the time for him to hang it up, but he decided not to, and the voters will ultimately decide."

Another sexual harassment lawsuit is pending and a third lawsuit was settled when Williams was a state representative. Williams has denied wrongdoing.

On Friday he avoided our camera after agreeing to an interview after his re-election announcement.

The accuser who recently settled, Marlaina Williams, says Williams would proposition her with unwelcome sexual advances and ask if he "had a chance with her." Williams also allegedly proclaimed to her, "I haven't had sex in two years, so if I'm not happy no one's gonna be happy."

Another victim who sat down exclusively with Action News says she was subjected to inappropriate comments about her genitalia in the workplace. Her case is pending.

Chairman of Democratic Party, former Congressman Bob Brady, was in attendance for the re-election announcement. He seemed to be supporting Williams for re-election but when pressed by Action News, stopped short of calling it an official endorsement.

He says the city's Democratic Party is looking into the allegations and settlements and then will determine whether to endorse the incumbent.

Brady said, "They are allegations. If we find out they are true we will take another look at it."