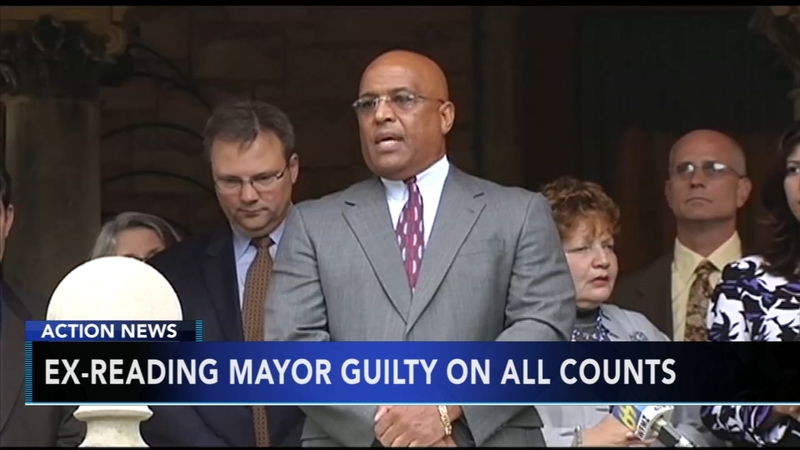 PHILADELPHIA -- A former Pennsylvania mayor who prosecutors said sold off the powers of his office for campaign contributions was found guilty Thursday evening in a federal corruption trial.

Jurors in Philadelphia came back with a verdict against former Reading Mayor Vaughn Spencer after less than three hours of deliberations, the Reading Eagle reported.

The jury found the 71-year-old Spencer guilty of nine counts of bribery, one count of wire fraud and one count of conspiracy. The trial began Aug. 20.

The former Democratic mayor sought to keep large sums of cash flowing to his 2015 re-election effort and made it clear to donors he would withhold official action from individuals and businesses that didn't provide satisfactory campaign contributions, prosecutors said. Those willing to pay, they said, were rewarded with city contracts worth hundreds of thousands of dollars.

"Elected officials are entrusted to act in the best interests of their residents and not to use their office for their own personal gain," said U.S. Attorney William M. McSwain. "Former Mayor Spencer abdicated those duties and responsibilities when he bribed other local officials in order to collect additional political contributions for his re-election campaign. If public officials do not play by the rules, then no one will."

Spencer declined to comment after the verdict, saying only that he was "still trying to process it all."

His attorney, Geoffrey R. Johnson, said he was disappointed with the outcome and that he and his client were "assessing their options."

Spencer took office in 2012. He lost the 2015 primary to current Mayor Wally Scott.