Supporters lining up, some in tents, ahead of Trump rally in Wildwood, New Jersey 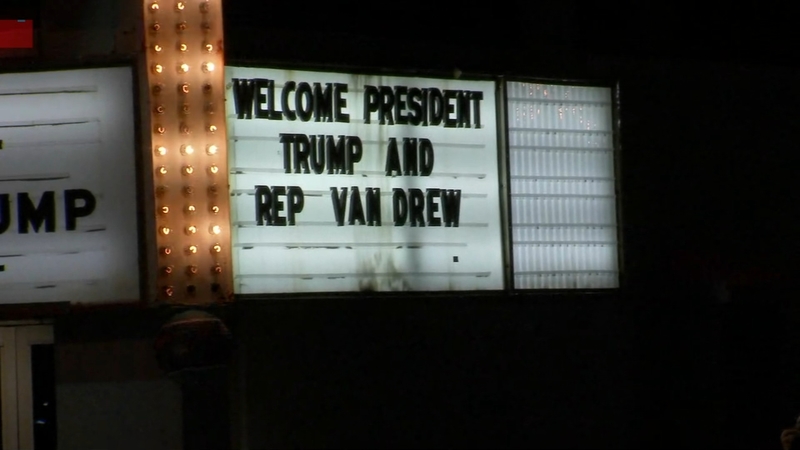 Chopper 6 was overhead as people gathered, some with tents and others with lawn chairs, outside of the Wildwoods Convention Center on the 4500 block of the Boardwalk around 6 a.m. Monday.

The City of Wildwood is preparing for a large number of visitors and adding security. Mayor Pete Byron said he expects tens of thousands of people to show up for the scheduled event.

Van Drew switched from the Democratic Party to the GOP in December 2019 and pledged his 'undying support' to President Trump.

Some supporters will likely be turned away as the Wildwoods Convention Center only holds 7,500 people.

The rally is scheduled to begin Tuesday at 7 p.m.

Police said to expect rolling closures on the Garden State Parkway as the President's motorcade arrives and departs Tuesday night.

Police also announced that Wildwood Beach will be closed to both vehicles and pedestrians during the rally. Anyone walking or driving on the beach during this time will face questioning from federal authorities.