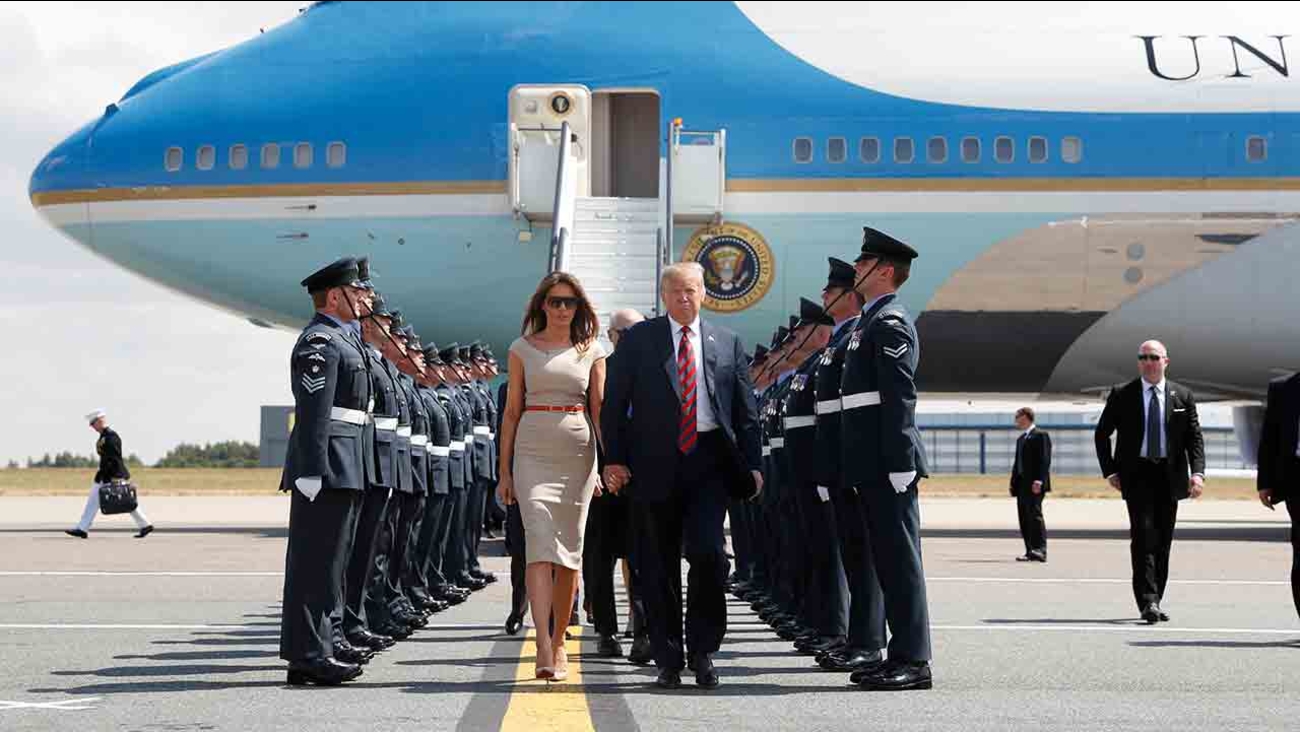 President Donald Trump says the new Air Force One planes will be red, white and blue, a shift away from the classic "baby blue" design that they have had for decades.

"Air Force One is going to be incredible," Trump told CBS in an interview over the weekend that aired on Tuesday. "It's going to be the top of the line, the top in the world. And it's going to be red, white and blue, which I think is appropriate."

A source familiar with the redesign told CNN last week that Trump was deeply involved in the conversation about a redesign of the aircraft, but no decisions had been reached on a final paint scheme.

The President has now confirmed that the changes were coming.

"Boeing gave us a good deal. And we were able to take that," Trump said. "But I said, 'I wonder if we should use the same baby blue colors?' And we're not."

The baby blue colors are from a redesign by industrial designer Raymond Loewy for President John F. Kennedy in 1962. The planned redesign would be the first since the Kennedy presidency.

The White House announced in February that it struck a deal with Boeing over the development of two new Air Force One planes. The President requested the planes be ready 2021, at the beginning of a potential second term -- three years sooner than the original plan of 2024.

"I hate to say this, it's going to be a long time," Trump told CBS. "It's a very complex project. But by the time it gets built, you're going to have many presidents, hopefully, use it and enjoy it."

Trump's dealings with Boeing over new Air Force One airplanes has been a public affair. In the weeks after Trump's election, he tweeted that the cost of the new 747 airplanes being developed by Boeing was "out of control" and he threatened to cancel the development.

After a deal was finally struck in February, the White House touted the negotiation as saving the American taxpayer around $1.4 billion from the original estimate.

"I was able to save $1.5 billion and order a new one for the country," Trump said in the interview.