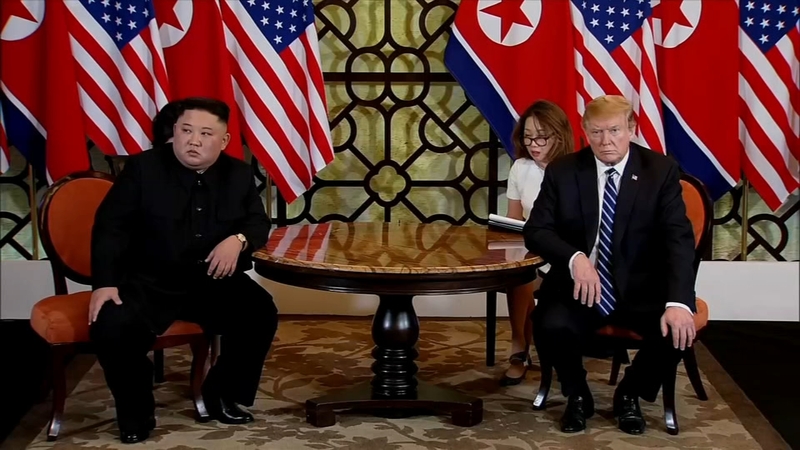 HANOI, Vietnam -- President Donald Trump and North Korean leader Kim Jong Un dove into the details of nuclear negotiations Thursday against a backdrop of swirling questions about what Kim was willing to give up and what Trump may demand in the face of rising domestic turmoil. Tempering expectations, Trump opened by declaring he was in "no rush. We just want to do the right deal."

The two men continued offering hopeful words as talks began anew at their second summit on curbing Pyongyang's pursuit of nuclear weapons, a problem that has bedeviled generations of leaders. In a sharp break from his rhetoric a year ago, when he painted the threat from Pyongyang as so grave that "fire and fury" may need to be rained down on North Korea, Trump made clear he was willing to accept a slower timetable for denuclearization.

"Speed is not important," Trump said. "What's important is that we do the right deal."

Kim, who answered a question from a Western journalist for perhaps the first time, said: "I believe by intuition that good results will be produced."

Trump, who made little mention of denuclearization in his opening remarks, ramped down expectations further, saying "I can't speak necessarily for today but I can say that this ... a little bit longer term and over a period of time I know we're going to have a fantastic success with respect to Chairman Kim and North Korea."