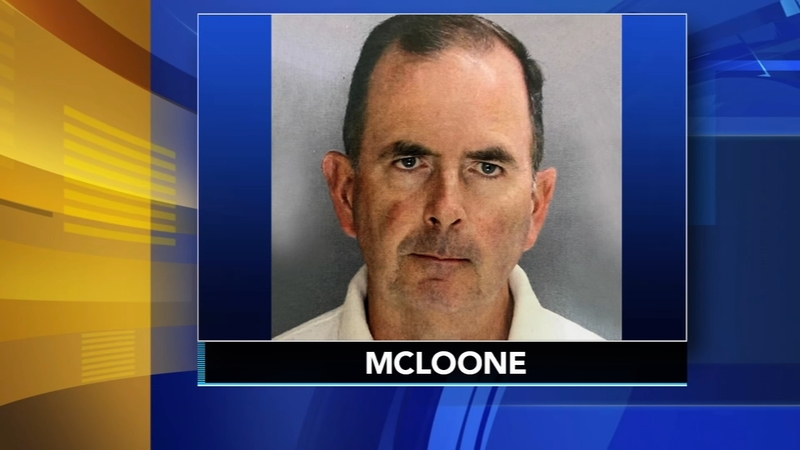 DOWNINGTON, Pennsylvania (WPVI) -- A priest is accused of stealing close to $100,000 from his Downingtown parish, the Chester County District Attorney's Office said.

Father Joseph McLoone was arrested Wednesday for the theft of $98,405.50 from St. Joseph's Catholic Church.

McLoone, 56, took over as pastor of St. Joseph's Parish following the removal of Msgr. William Lynn due to Lynn's indictment and incarceration.

Officials said McLoone accomplished the theft by diverting parish funds into a secret account, misappropriating fees charged to parishioners, and other fraudulent activity.

He is accused of using the money to fund his personal lifestyle which the D.A. says included a vacation home in Ocean City, New Jersey, travel, dining, and spending on adult men with whom he maintained sexual relationships.

"This is really just a case of about breach of trust," said Charles Gaza, chief of staff for the Chester County District Attorney.

The DA says McLoone gave himself a pay raise by doubling the amount he collected as a stipend for each Mass, wedding and funeral held at St. Joseph's Parish.

"I think there was not enough oversight as if often with these cases when one person is in charge of the books its easier to cover up and hide things for a period of time," Gaza added.

In a statement to Action News, the Archdiocese of Philadelphia said they became aware of the secret account last year and began their own investigation into the matter, adding Father Mcloone admitted he knew the account against church policy, before tending his resignation.

Parishioners who received the news Wednesday were rattled by the allegations.

"It is very upsetting. It's upsetting that there wasn't oversight there," said one member who didn't want to be identified.

"When anything like this happens, it's terrible, it's sad for the whole church," said member Kathy DiBrino.

McLoone has been charged with theft by unlawful taking and related offenses.