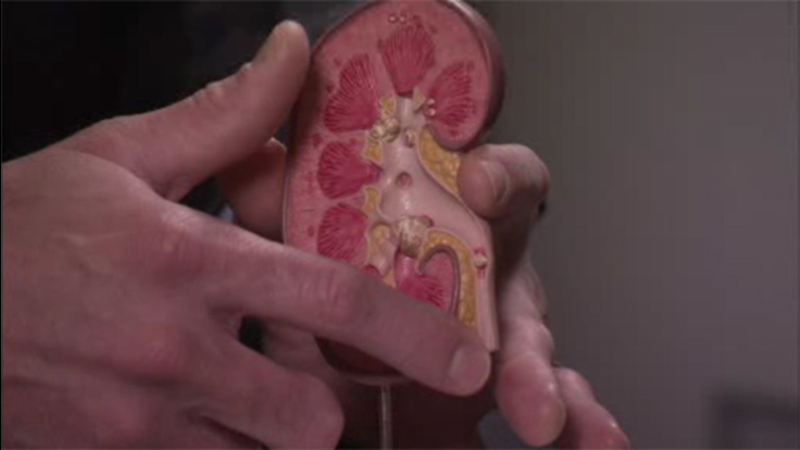 A medical problem once considered an adult concern is being seen among kids.

In this week's edition of "Raising Healthy Kids," health reporter and registered nurse Ali Gorman tells us about kidney stones.

For 7-year-old Taylor Riggins, it began last January with a tummy ache.

Marian Riggins, Taylor's mother said, "They just kept telling me it's a stomach bug, there's a stomach bug going around. But I knew better, because nobody else in the house was getting it."

The discomfort & vomiting didn't go away.

From January until April, Taylor was hospitalized twice, with dehydration, then a kidney infection.

On that second stay, they found the problem.

"She had two kidney stones, and one was stuck," said Marian.

And among kids, especially teens, that rate may be even greater.

Dr. Tasian says they come from calcium and other compounds building up inside the kidney.

"The stone may break off and cause obstruction of the ureter," said Dr. Tasian

Even a 4-millimeter stone can cause pain. Sometimes it's sharp, and sometimes it moves around.

Family history is one factor. So is a diet of too little water or too much salt.

"Just by drinking less, even though you're not losing water (as in summer), you can become dehydrated," he added.

Medication to relax the ureter and encourage the stone to pass, is the first treatment doctors try.

Dr. Tasian says he usually allows a month for that to work. If it doesn't, or if the child is in significant pain, surgery is considered.

And because of a child's small size, it may take several operations to completely remove the stone.

She has another one, but it isn't causing any problems for now.

"We do not eat any processed food," Marian Riggins says of the way she, her husband, and their 3 children now live.

Marian says even at school or social events, her daughter now reads package labels for sodium content, and if levels are high, she passes on the food.

"I turned the whole house around," says Riggins.

And she says the whole family feels a lot better for it.

For more information on kidney stones visit, The Children's Hospital of Philadelphia website.