Building It Better Together: Efforts underway to ease the squeeze of gentrification 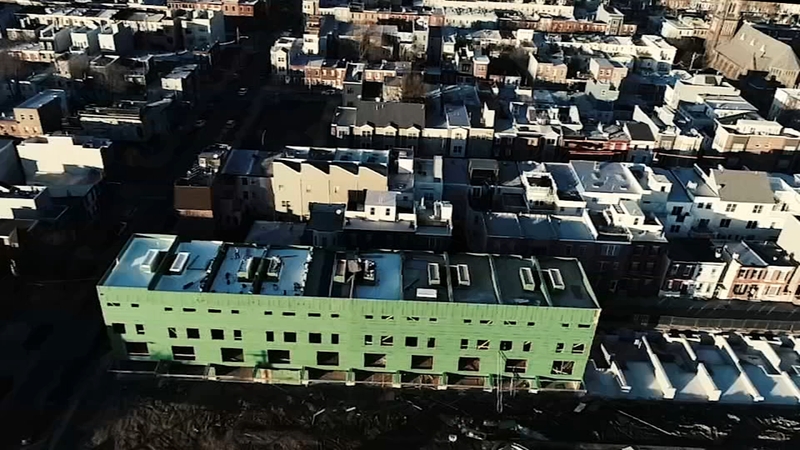 Efforts underway to ease the squeeze of gentrification

PHILADELPHIA (WPVI) -- Gentrification can happen very quickly. A single city block can completely change in the span of six months, but the impact on those forced out can last a lifetime.

There are people, and policies, working to grapple with the growth.

Aaron Clarke is a man with a specific mission.

"The rent in this area for a three-bedroom, two-bathroom house averages between $1,300 to $1,500," said Clarke. "You know a single mother of two or three children might not be able to afford that."

Gentrification is often thought of as an urban issue, but we found changes in the suburbs.

Some might see him as a real estate investor, but he has different goals.

"Only I become rich by doing that," says Clarke, "and it doesn't help the community."

As new construction rises across Philadelphia, Clarke and his company, "Philly Credit Mechanic," are working to make sure the building boom doesn't demolish the aspirations of those who've long called these neighborhoods home. Clarke works with the City of Philadelphia to identify tenants who might otherwise be priced out as rents rise. Many of them qualify for Section 8 public assistance, which can lower their out-of-pocket costs.

But Clarke doesn't want to keep that tenant, he wants to help them move on. Over a two year lease, he works with them to repair their credit and save their cash.

RELATED: Philadelphia's gentrification: Some call it revitalization. Others call it an erosion of cultural history
EMBED More News Videos

A hallmark of gentrification in Philadelphia are modest, older homes in the shadow of often modern condo complexes. For some it's considered revitalization, for others it's the ero

"Now they can smoothly transition into homeownership," he said.

The Community Justice Land Trust is using a different tactic, buying up swaths of land in gentrifying neighborhoods with permanent rules about anything built on it.

"Families or households or businesses own structures on the land, but the land is owned by a community organization, the Community Land Trust. Its owned forever, and kept affordable forever," said Nora Lictash, the executive director of the Women's Community Revitalization Project, which founded the Land Trust.

"I think it requires a creative solution for government," said Congressman Brendan Boyle, whose Philadelphia district is feeling that squeeze.

"If you're a long term renter, you have gotten no benefit whatsoever from gentrification," Boyle said.

He is proposing federal action.

One of his ideas involves low-cost or reduced-rate mortgages for long term renters to make the leap to ownership in the neighborhoods they'd otherwise be forced to leave. For those who can't financially afford to buy, and who can't personally afford to leave, he's also eyeing a federal subsidy as a way to offset some of the increase in rent.

RELATED: Building it Better Together: Changing neighborhoods and the impact of gentrification
EMBED More News Videos

From Philadelphia to the surrounding suburbs, development and redevelopment are bringing with them wholesale change.

There are already programs in place in Philadelphia to help those struggling to keep up with rising property values.

Stakeholders from the city to the suburbs agree the answer isn't stopping revitalization. Instead, they want to make sure its effects aren't so stark and that community improvement doesn't come at the expense of those who live there.

"A dream community is that you drive down the street and you can't tell the difference between affordable houses and mainstream housing prices, because we are one community," says Phoenixville Mayor Peter Urscheler.
Report a correction or typo
Related topics:
real estatephiladelphiagentrificationbuildingitbettertogetherreal estate
Copyright © 2021 WPVI-TV. All Rights Reserved.
More Videos
From CNN Newsource affiliates
TOP STORIES